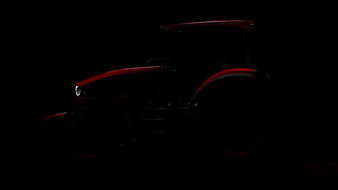 ZETOR brings a new design concept. The project has benefited from cooperation with Pininfarina, a leading global studio.

Brno, 16 October 2015 – The traditional Czech manufacturer of agriculture machinery, ZETOR TRACTORS a.s., is set to introduce a range of innovations at the Agritechnica Fair in Hannover...

Red is the colour of life, energy and fortitude. A ZETOR with red wheels is proof of this.

Brno, 24th September 2015: Did you know that most people perceive red a stimulating colour, and that this colour is popular with people who desire adventure and success?

The legend returns! ZETOR introduces the new CRYSTAL with a six-cylinder engine

Brno, 25 June 2015: The traditional Czech producer of agricultural machinery, ZETOR TRACTORS a.s., has expanded its line of modern tractors by a new model called the CRYSTAL.

ZETOR POLSKA celebrates 20 years of activity on the Polish market

Kalisz/Brno, 15 May 2015 – This year, the company ZETOR POLSKA is celebrating the 20th anniversary of its operations on the Polish market.