The FORTERRA celebrates its 20th birthday with a contest for fans

On the occasion of the 20th anniversary of the FORTERRA, ZETOR announced a contest for its fans titled “21,500 stories – what is yours?” All the participants needed to do was to send a photo of a FORTERRA with a description of the most interesting experience they have had with their machine and they had a chance to win one of the prizes – a tablet for the 1st place, a copy of the Pure Farming 2018 PC game for the 2nd place and a toy FORTERRA HD tractor for the 3rd place. We already have the winner and the received contributions clearly show that the FORTERRA is a real hard worker that farmers can rely on in challenging circumstances.

Out of hundreds of responses that had arrived from 8 April to 5 May, ten most interesting stories were selected to compete for the greatest number of responses on the ZETOR Facebook profile. The competition involved tractor owners not only from the Czech Republic, but also from Lithuania, the Netherlands, Ireland, Finland, Italy, Algeria, Bosnia and Herzegovina and other countries. 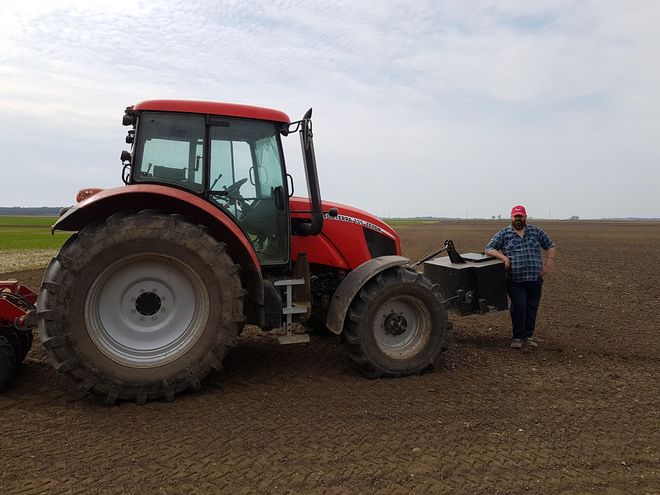 The laurels for the first place went to Tomáš Z., who had described his experience during the harvest time when his FORTERRA coped with all the tasks hundred percent and stood in for a competing machine which was unable to handle its strenuous job in the challenging period. The second step of the podium was occupied by Michal B., who had a new FORTERRA and praised the reliability of his tractor. The bronze medal belongs to Alija H., who contributed to the contest with a funny story... You can read what happened to him when he forgot to close the window in his FORTERA and the other contest entries on the ZETOR Facebook profile at www.facebook.com/zetor in the “20 Years with the FORTERRA Contest” album. Congratulations to the winners!

FORTERRA celebrates its 20th anniversary this year. A total of 21,500 FORTERRAs have been sold since the first one passed through the factory gates (in the second half of 1998). Already at that time it was a robust tractor that was fit for work in difficult field conditions. Hence the name of the machine: FOR-TERRA. The FORTERRA model was based on tractors known as UŘIII (unified range) the first prototypes of which were manufactured as early as 1974. In 2000, the FORTERRA’s metal bonnet was replaced with a plastic one and in the following years it went through several innovations – from Stage IIIA through IIIB up to the current Stage IV. For its 20th birthday, the FORTERRA received a gift in the form of an upgrade of the entire model range. The new CL and HSX models were launched earlier this year, while the HD will be launched in late summer. The new FORTERRA range makes use of more efficient braking systems. However, the biggest innovation is the ECO 40 transmission which keeps the FORTERRA HSX and HD engines at optimum revolutions (1,750 rpm) at higher speeds (up to 40 km/h). This way, the machine saves up to 18% of operating costs depending on the task performed. The new models feature a new instrument panel and higher pressure in the cabin which prevents ingress of dirt. The FORTERRA HSX is also available with a suspended front axle.