The VYSOČINA ZETOR SHOW organized by our partner MOREAU AGRI VYSOČINA spol. s r.o. took place for the second time. During the first year in 2017, the number of ZETOR brand tractors was 134, which broke the unofficial world record of 17 tractors. At this year’s event, the monitoring agency Agentura Dobrý den was invited, thanks to which the records achieved were entered in the Czech database of records.

According to the official data, the maximum number that had been gathered in a single location to date was 103 tractors of a single brand and 231 without differentiation of brands. In terms of numbers, the ZETOR brand tractors even broke the world record of 117 tractors made in Lithuania.

The event was visited by almost two thousand people and forty exhibitors and dealers. Apart from the efforts at breaking the records, the visitors also saw the Manitou show with forklifts during which the factory drivers exhibited driving on two wheels and other machine skills. The major focus of the programme were the presentations of dozens of technical and vocational schools from the Vysočina Region. An integral part of the event was the bikers’ exhibition including Czech Champion David Miler and the autographing session of the Czech biathlonists Ondřej Moravec and Eva Puskarčíková-Kristejn. The tractor drivers had an opportunity to compete in skills within the ZETOR CUP.

We would like to thank all visitors, partners and especially the main organizer of this unforgettable event, MOREAU AGRI VYSOČINA spol. s r.o. 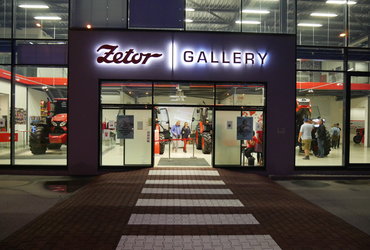 The innovative PROXIMA model has had a successful premiere. ZETOR officially presented the improvements in its model line on the… 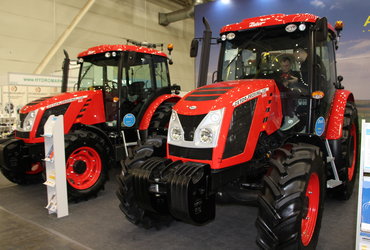 ZETOR tractors at the first exhibitions of this year

The year 2022 is in full swing and with the arrival of spring, the exhibition season is also starting. After the last two years…