A stormy atmosphere of car racing, a vehicle riding at a speed of 150 kph and a checkerboard flag welcoming the winner in the finish line. Today we will be convinced that ZETOR is not only a tractor, but also a formula driving at infernally sharp speeds.

To get to the beginning of the story, we remember the year 1980. It was a year full of success for ZETOR  - 32,000 tractors drove out of the ZETOR´s gates, the company's logo changed and a series of "10" UŘ I tractors came into existence.  In the same year, ZETOR succeeded in another significant act, which, however, was forgotten under the dust of several decades - the production of a racing formula.

The main designer of the formula was Mr. Stanislav Polášek. METALEX - company engaged in the production of formulas and modification of cars for sports purposes, provided the documentation for the construction of the formula type MTX 1-01. The engine, gearbox and axles came from ŠKODA company, the rest of the parts was used from ZETOR. The designer of the car, Mr. Polášek, was a big fan of car racing and raced briefly with the formula. In 1981 the formula passed into the hands of a new owner and its successful racing era began to be written. The new owner became Mr. Rostislav Novosad, who has been working in the racing environment since childhood. "My dad was a motorcycle representative and he took me to races from the age of 4, so I experienced the atmosphere of racing as a little boy. Then, I started working at Mototechna, so I have been moving in the automotive environment all my life, ” he describes his beginnings. "I started racing at the age of 18. In 1981, I joined to Svazarm Brno Road and at the end of the same year I bought a formula made in ZETOR. I started racing with it from the next season," he explains how he got to the ZETOR formula.

Rostislav first raced with the ZETOR formula in the competition of the Regional Championship, which included parts of southern Moravia, northern Moravia and eastern Bohemia. After three years, he moved forward to the Czechoslovak Championship and in 1986 he made it to the Federal Championship, which used to be races of the highest performance class. In the same year he passed the circuit tests and in addition to the uphill races he could also participate in competitions on circuits and racetracks.

"Of course, I like to remember the races in which I ended up on the winner´s podium, it was mainly the years 1987 and 1988. The most beautiful races were in Olšany near Šumperk. The wide road, the curves, it was beautiful…,” he recalls of his racing years. Rostislav raced with the ZETOR formula for eight  years until 1990. Two years later, he ended his racing career due to health problems. What many people surprise at first sight is the yellow-orange color of the formula. The car's designers were inspired by Ferrari cars and they originally painted it in a red and white coat. "I crashed with a formula in one race and grabbed the top of it. My mechanics had to fix it and I first saw it the next week. The mechanics not only repaired it, but also repainted it. I almost didn't recognize the formula," explains Mr. Novosad with a smile on his face.

In these days, the formula MTX 1-01 ZETOR is a part of the unique collection of Mr. Pavel Kalina and is exhibited in the Cabrio Gallery in Dobřenice near Hradec Králové. Cabrio Gallery is a paradise for true car enthusiasts. You can see other gems including cars and formulas made in Czechoslovakia. The ZETOR formula is now temporarily displayed in the ZETOR Gallery and you can take a look at it until the end of the holidays in Brno - Líšeň. 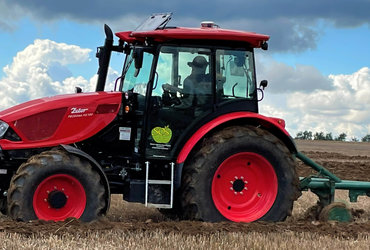 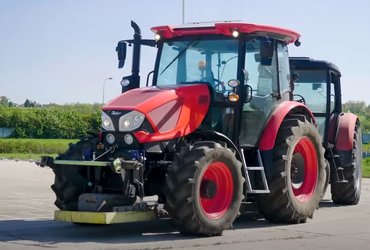 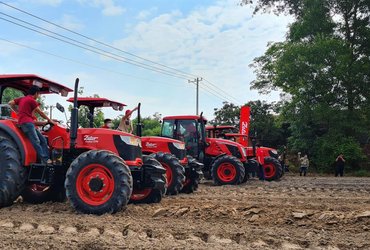