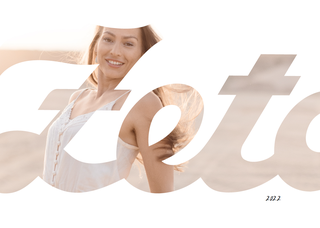 Four elements, the fifth is ZETOR. Limited edition of the calendar brings a new topic

The end of the year brings to ZETOR customers and fans two editions of our unique calendars. This tradition dates back to 2009. Every year since then, the brand has been releasing a product calendar with a current model portfolio as well as a limited collectors’ edition. The limited edition aims to depict the key features and uniqueness of the ZETOR brand in an original way. 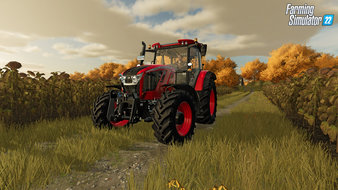 ZETOR back in the Farming Simulator game

Good news to all fans of digital farming. Farming Simulator is back, offering a load of innovations. ZETOR is not left behind; together with other famous brands, it plays one of the major parts. Players can try out tractors in the power segment of 80-170 hp of the MAJOR, PROXIMA, FORTERRA and CRYSTAL model ranges. Modern tractors are also accompanied by a historical model 25 K.

ZETOR celebrates its 75th anniversary at Země živitelka exhibition. Come and celebrate with us!

In late August, ZETOR brand traditionally finalizes preparations for Země živitelka show. This year hosts the 47th year of the exhibition and the red tractors from Brno are again part of the exposition. The visitors had to wait quite long to see the display of current ZETOR tractors as the last year’s show was cancelled due to the pandemic. 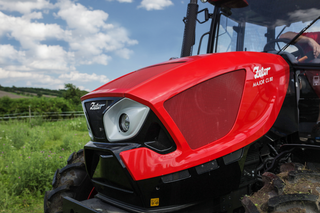 Tractors of the ZETOR MAJOR model range are one of the most popular in the brand’s product portfolio with customers. MAJOR CL 80 model retains the features of its predecessors that gave him reputation of a life-long tractor. Yet for the year 2021, the Brno-based tractor manufacturer has made it even better with a number of new features and technical innovations. The most striking one is the advance to Stage V emission standard. In addition, cabin was redesigned to offer better comfort.

ZETOR brand celebrates important anniversary. For 75 years we have been transforming visions to reality

ZETOR, the traditional Czech brand of farming machinery, has started the 75th year of existence. Despite the fact that works on the first ‘prototype Z’ started immediately after the end of World War 2, the brand is considered to have originated in 1946, namely in August, when ZETOR brand became an official trademark. However, first tractors had been delivered to customers five months earlier. Since the beginning of its existence, ZETOR has produced over 1.3 million tractors while the majority has been exported to more than 130 countries on five continents. 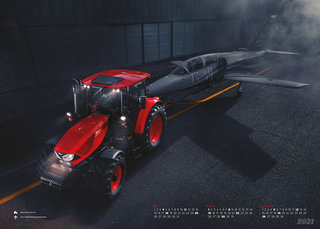 Together we make history. ZETOR presents new calendars for 2021

The release of ZETOR calendar has become a traditional autumn event. Customers and fans of the brand know that for next year they can choose between two editions: product edition and limited edition. Product edition offers an overview of the current portfolio of ZETOR tractors. Limited edition comes in a fresh new conception. It was created in cooperation with leading brands connected to Czech industry. It celebrates the 75th anniversary.