What is new! | November

Let us take a look at what has happened in the past few weeks in the ZETOR world.

Tractors in the spotlight

Every year, the ZETOR brand prepares for its fans calendars. You can order from our e-shop a product calendar with tractors in an environment that is their own or a limited version. The calendars combine the beauty of women and the power of the machines in artistic work on four sides, and you can, with imagination, inspire other uses of tractors. The CRYSTAL model, launched in 2015, was linked to the slogan “the workworse”. The upgraded version marketed this summer is that as well. That it is a workhorse was confirmed right from the start. The machine was introduced to the Zemi Živitelce conference in České Budějovice, a week later it was seen at an exhibition in Hungary, then later presented with a four-rotor rake in Northern Moravia in the Czech Republic, then went to Slovakia where it showed farmers the strength of the Pöttinger and a few days later posing for calendars and a new video, only to take off to Poland for an exhibition. Currently, CRYSTAL prepares for the ZETOR TRACTORS SHOW in Germany, which will be held in mid-November. A true workhorse :) CRYSTAL HD was shown in September at the Polish BEDNAR Show
The ZETOR brand has been participating in the Polish Agroshow exhibition for the past twenty years. During the jubilee show, we have introduced the latest additions to the ZETOR family, the new CRYSTAL HD 170, MAJOR in a new design, and other vehicles from the brand portfolio. In the summer, farming is at its highest, and when the customer does not sleep, the seller does not sleep, so a meeting of salesmen in central and northern Greece took place in Thessaloniki, Greece, with the aim of acquainting them with new tractors for the coming period. The ZETOR brand at the Czech Republic Championship in Plowing

"It is a tractor, it is ZETOR, it goes to the mountains, plowing potatoes" - the famous Czech song describes the basic use of the tractor, the plow. And what would be the competition in the plow without red tractors. The ZETOR brand became the partner of the 45th Czech Championship in the Plow, which took place at the beginning of October in Kamenice nad Lipou, and the ZETOR tractors were also able to see the victorious podium. ZETOR, the story of an industrial legend

In Brno, at the beginning of October, an exhibition of Czechoslovak industrial giants with the concise title "100 Stories of Industrial Legends" was held at the Engineering Fair. ZETOR represented the legendary CRYSTAL at the show, which saw the light of the world fifty years ago. At the exhibition venue in Brno where the exhibition was held, the visitors could compare the original iconic model with the revolutionary security cabin and Otakar Diblík's 1968 design with the modern, robust version of the reborn CRYSTAL, which was introduced in 2015 and this year's modernization. 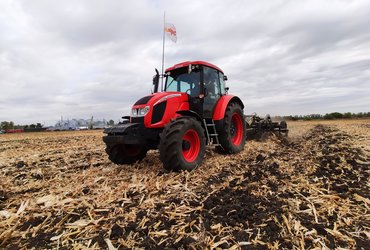 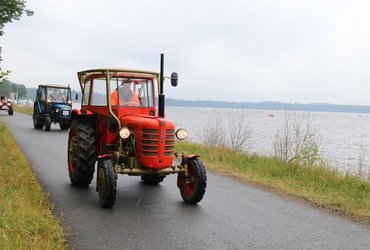 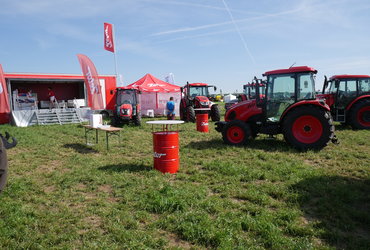