How do ZETOR tractors withstand freezing temperetures? They are thoroughly tested.

Winter months do not belong to main agricultural season, but even at this time, tractors are often used and must work even at temperatures reaching below zero °C. The essential functions of tractors are therefore tested already during development phase in the freezing chamber, where they are exposed to temperatures up to -18 °C. What standards do they have to comply with? Take a look behind the scenes of how the ZETOR tractors are tested.

Testing of proper engine start is essential. Not only the engine start itself is tested, but also the function of other electronic units (ECUs) without which the tractor is not fully functional (for example engine units, emission system or gearbox). With regard to connection (functional interconnection) of individual units, malfunction of one unit might cause dysfunction of another ECU, whose functionality is not mutually connected at first sight. “Tests are carried out with 100% and 70% charged batteries, as 70% corresponds to normal battery conditions in operation,” explains Stanislav Mitáš, ZETOR TRACTORS Laboratory Testing Research Manager.

Since the introduction of STAGE IV certification, the legislative requirements include, among other things, a proper functionality of the emission system under low temperatures. This regulation specifies how long the system must have been fully operational since the tractor was started. One of the legally required tests is also an urea defrosting test and its subsequent injection into the emission system. Urea crystallizes at freezing temperatures and it is not possible to inject it in this state.

Testing also includes defrosting of the windscreen during normal operation. “During the test, a specified amount of water is sprayed on the frozen windscreen and the tractor is started after water is frozen. Then, after 5, 10 and 20 minutes, the defrosted area is drawn on the windshield and compared to the standard requirement,” says Karel Šidlo, Laboratory Test Researcher.

“Not only the correct machine start, but also the corresponding heating of the tractor cabin is part of the testing necessary for the approval. This is tested when the tractor cab has cooled down to -16 °C. The temperatures are checked at six specific points in the cab and the temperature differences at the individual points must not exceed 5 °C,” adds Karel Šidlo.

Heating has also been improved with a new design and related functional enhancements on the PROXIMA range, which was introduced in September 2019 and has been on sale since the beginning of 2020. Similar tests are carried out in respect to air conditioning testing. The PTO box is heated to 42 °C for this purpose.

Tractors include also specific parts that the customer does not see at first sight and does not deal with their functionality in other thermal conditions. But these parts are also thoroughly tested. For example, the parameters of hydraulic circuits are verified. In particular, the suction circuit is checked in order to avoid high suction pressure and thus a higher pump load. Attention is also paid to pressures in the circuit behind the pump and also to the speed oil is heated. A very important part of the development of power shift and gear shifting systems (PowerShuttle and PowerShift) is, for example, tuning of wet clutches function at low temperatures, with gradual heating of the gear oil.

Cold weather also affects the behavior of the gas struts required to open and close the bonnet, doors and windows. Therefore, they are also tested in the freezing chamber. Cold weather also affects the properties of mainly plastic components. For components, the tests need to verify if and how their mechanical properties differ. “Similarly, in the case that there is a change of oil or diesel supplier, the samples are tested in the freezer at -18 °C,” says Stanislav Mitáš.

The cold weather resistance of tractors has always been tested. However, the freezing chamber acquired in 2015 made these tests easier and more efficient. Previously was used a refrigerated semi-trailer, which was mainly used for testing the engine start itself, or the function of some components, because it did not fit the entire tractor (body without cab). The freezing chamber, on the other hand, allows the entire tractor to be tested, whatever the model. As a result, tractors are tested in an environment that fully simulates real conditions. The difference is also in the performance of the box, which allows cooling down to -30 ° C. 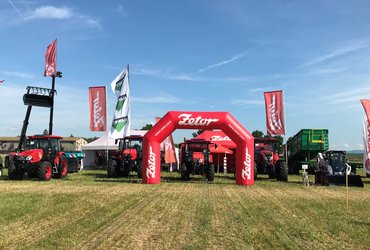 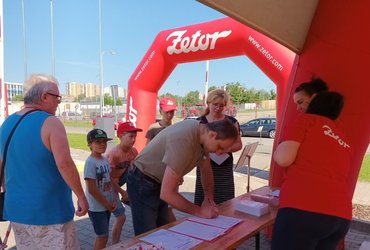 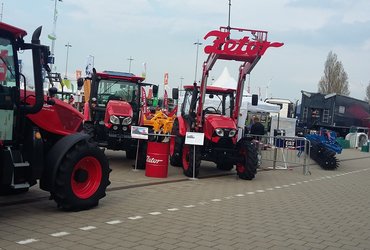