The Republic of the Union of Myanmar is both former and current market of the ZETOR brand in South-East Asia. ZETOR TRACTORS is going to export there tractors with the power from 50 to 110 hp. The festive launch of the ZETOR brand on the market and the opening of business representation in the City of Yangon was attended by a diplomatic delegation from the Czech Republic headed by Jan Mládek, the Minister of Industry and Commerce.

Currently, tractors of the MAJOR and PROXIMA model ranges with the power from 80 to 110 hp are exported to Myanmar. The farmers of Myanmar can choose from tractors with ZETOR 4WD engines both with and without cabin. In 2017 ZETOR TRACTORS a.s. expects to export several tens or hundreds of tractors to the country. 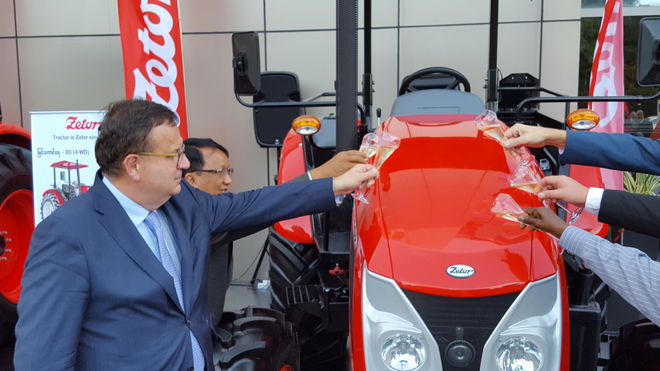 Source of photo: Ministry of Industry and Trade

“In addition to the tractors, our clients in Myanmar will be provided with service and spare parts delivery. The aim is to secure full service for our customers which they may need while working with the tractors,” says Robert Harman, the Director of the new business affiliation ZETOR INDIA PRIVATE LIMITED. “We are happy that ZETOR is coming back to a market with a very positive acceptation of our tractors. We were present in Myanmar in the past and currently we have used the business opportunity to expand our business representation to other countries,” adds Robert Harman, the Director of ZETOR INDIA PRIVATE LIMITED.

The deliveries of ZETOR tractors to Myanmar will be effected in cooperation with a Myanmar company Green World Tractor CO., LTD. The cooperation has been concluded for four years and it is expected that the delivery shall amount to several hundreds of tractors with the power from 50 to 110 hp.

“Tractors of the MAJOR and PROXIMA model ranges are exported to Myanmar but we have encountered the demand for the new three-cylinder ZETOR tractor with the power of 50 hp which is going to be launched by ZETOR TRACTORS a.s. next year,” specifies Robert Harman, the Director of ZETOR INDIA PRIVATE LIMITED. 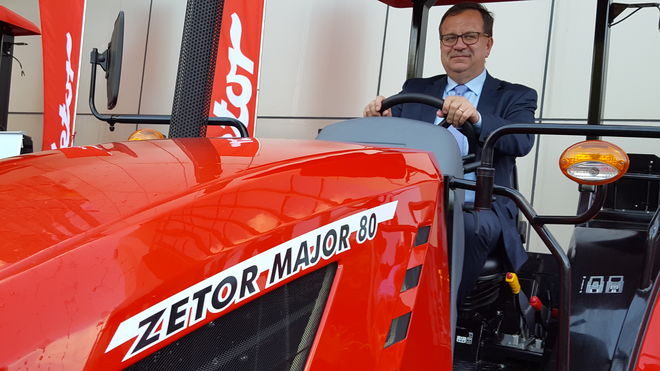 Source of photo: Ministry of Industry and Trade

Over 1960s, 70s and 80s, ZETOR exported thousands of tractors to Myanmar. An assembly workshop was even set up in the City of Malun; the workshop produced over 15,000 tractors which were sold and delivered to the South-East part of Asia. Production was terminated in 1985.

“It is the priority of the Company to strengthen its positions on the markets of Western Europe. However, as we want to make use of all opportunities, we have entered the markets in Myanmar and Iran this year. We are also discussing further possibilities within Asia and Africa,” says Margaréta Víghová, Corporate Communications Director of ZETOR TRACTORS a.s. “Benefiting from the potential on markets with lower emission trading schemes is secured by our new business representation based in India. It is the business company ZETOR INDIA PRIVATE LIMITED,” specifies Margaréta Víghová.

The festive launch of the ZETOR brand on the Myanmar market took place on November 1 as a part of the visit of the diplomatic mission of the Czech Republic headed by Jan Mládek, the Minister of Industry and Commerce.

“It is common knowledge that competition in tractor machinery is very strong in Myanmar, mainly on the part of Chinese and Indian producers. However, I believe that the traditional Czech quality, affordable prices and famous brand make a good starting point for success on Myanmar market,” Jan Mládek, the Minister of Industry and Commerce. 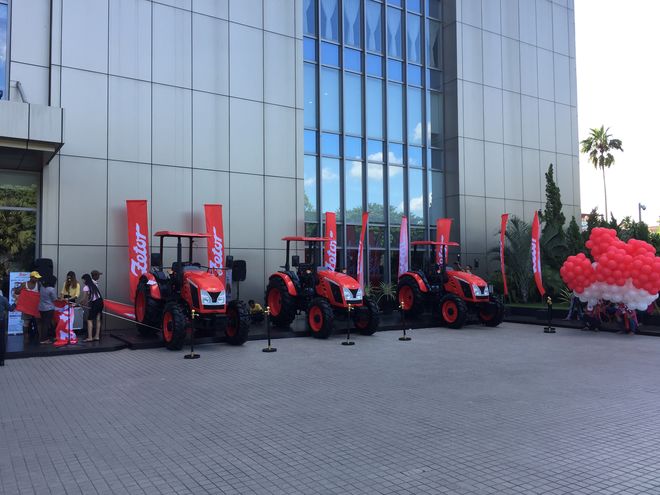 The Company ZETOR INDIA PRIVATE LIMITED with registered office in Chandigarh in the North of India was set up in June 2014. It is a subsidiary company of ZETOR TRACTORS a.s. The aim of the company is to secure the launch of the ZETOR brand on new markets within Asia and Africa. ZETOR INDIA PRIVATE LIMITED is approaching new partners and helps to expand distribution network into the area of markets with so called lower emission trading schemes. ZETOR INDIA offers the portfolio of the ZETOR brand as well as ZETOR GLOBAL RANGE. It is a model range of four types of tractors in the power range from 50 to 80 hp. They are simple mechanic machines with emission standard IIIA. The tractors are specific for their low purchase price which is the key aspect for customers in Asia and Africa when buying a new tractor. 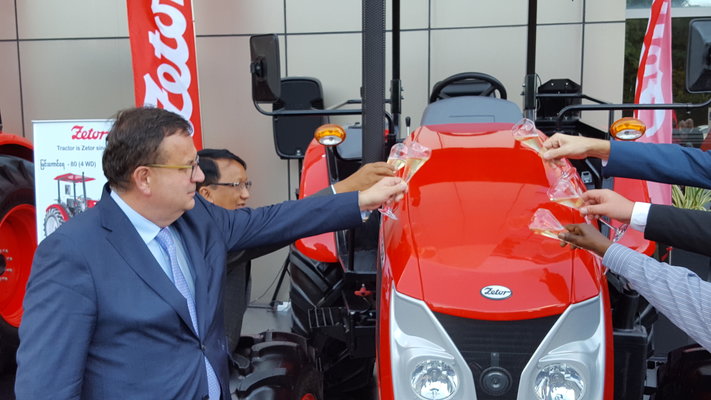 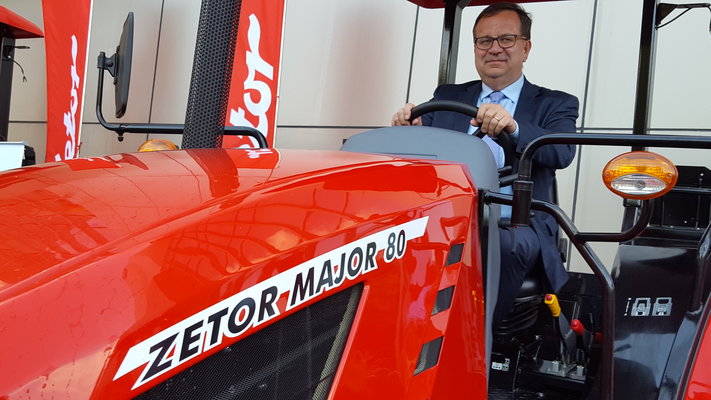 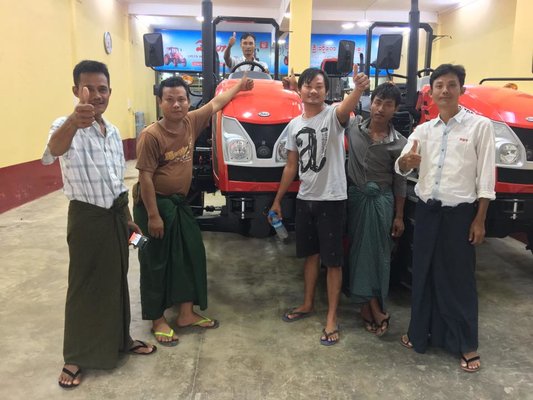 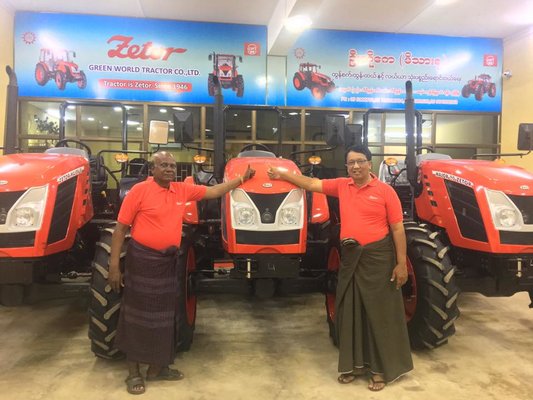 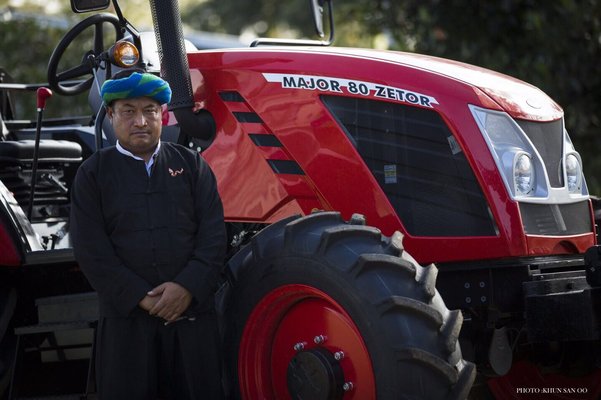