ZETOR presents many innovations at Agritechnica

ZETOR arrived at the 2017 Agritechnica trade fair with a number of innovations. The most eagerly anticipated innovation is the introduction of our first series tractor featuring our attractive new design – the MAJOR HS 80. ZETOR is also showing visitors the new UTILIX and HORTUS tractors with 40 to 70 Hp at the trade fair, which is underway right now. Updated PROXIMA and FORTERRA tractors are also on display. At the trade fair, the company is also addressing partners interested in buying ZETOR components such as engines, transmissions, and powertrain units.

The ZETOR brand is once again presenting at Agritechnica, the most important agricultural trade fair, which is taking place in Hannover, Germany from 12 to 18 November, 2017. ZETOR TRACTORS’ key innovation is its first series tractor featuring the new attractive ZETOR DESIGN: the MAJOR HS 80. The idea to develop a new ZETOR tractor design emerged almost three years ago. The objective was clear: to create a product with strong aesthetic value and to give the ZETOR brand a new iconic vision that reflects the company’s values. 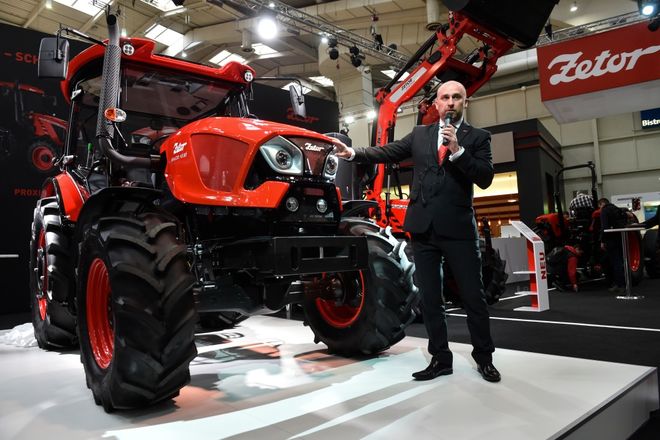 “We introduced a modern, elegant and revolutionary design vision to the world in 2015. The very positive reception we got affirmed our belief that the new design would move the brand forward, and that, in addition to producing the traditional technical mechanics “under the hood”, we would be capable of offering tractors that attract attention from afar. Today, two years later, at the same place, we are presenting the first model with the new design, which we will begin marketing in mid-2018,” says Robert Todt, Sales and Marketing Director at ZETOR TRACTORS a.s.

The new design is characterised by distinct shapes that give the tractor a dynamic, strong look, emphasise emotions and express energy. The tractor also features functional innovations. The operator’s view from the cabin to the surrounding area is enhanced and the new location of the lights illuminates a larger working area in front of the tractor.

“Introducing the new design in MAJOR series tractors is just the first step. We will gradually dress all of our tractor models in this new look,” adds Robert Todt.

The introduction of the new design is accompanied by continued work on upgrades and expansion of the existing product portfolio. That includes presentation of two new tractor models at the AGRITECHNICA trade fair: the UTILIX and the HORTUS with a power range of 40 to 70 Hp.

“In recent years we have seen development of tractors with power ranges of less than 80 Hp. The market share of this segment is – depending on the given market – from 10 to 30%. We have responded by introducing two new tractor models in four variations,” says Robert Todt. 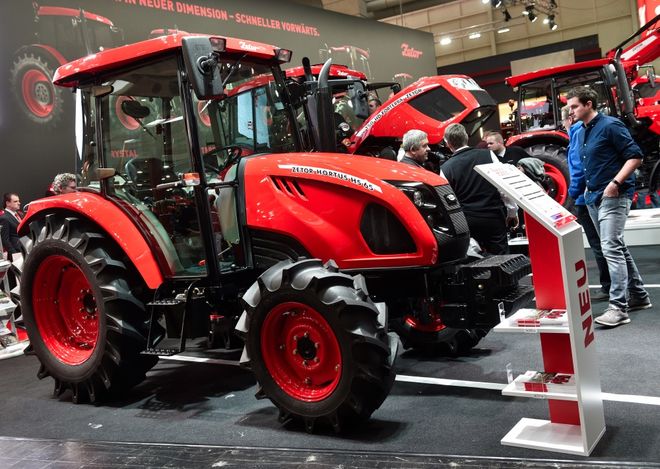 The new UTILIX model series includes the UTILIX HT 45 and the UTILIX HT 55, while the HORTUS series is comprised of the HORTUS CL 65 and the HORTUS HS 65. These tractors are efficient and easy to operate and maintain. These two models expand our portfolio of universal tractors, which are widely used in gardening, light terrain work and municipal services. They are also useful for loader work and hobby farming. They will be launched on the market in Q1 2018.

“We were able to add four new models to our product portfolio by working with TYM Tractor, a tractor manufacturer. The South Korean company will deliver tractors with the required specifications to ZETOR,” adds Robert Todt.

The tractors will be available on all ZETOR markets, with a primary focus on Europe and North America. In the USA the tractors are marketed as the MAJOR HT (46 and 55 Hp) and the MAJOR HS (67 Hp) and differ in their technical specifications, which are adapted to the requirements of the US market. Customers in the USA will be able to order these new products as of this November. The company plans on selling several hundred units of these new tractors in 2018.

ZETOR’s continual innovation in its existing models is demonstrated by another round of updates to the MAJOR, PROXIMA and FORTERRA series.

“We continually update ZETOR tractors. We are innovating in regard to the needs of our customers and to growing legislative requirements,” adds David Kollhammer, Strategy Department Director of ZETOR TRACTORS a.s. 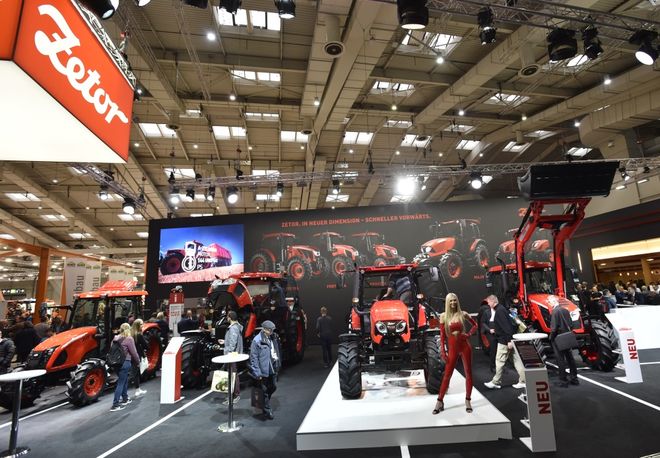 The main innovations in the 2018 models are enhanced safety features. The key safety feature is a new braking system, which includes brakes on both axles and independent wet disc brakes on all of the wheels, with the exception of the PROXIMA with a maximum speed of 30 km/h. The tractor cabin now comes equipped with a sensor which ensures that the machine will not drive unless the operator is in the driver’s seat. In addition, the driver’s seat and the front passenger’s seat are fitted with inertia-reel seat belts. The pressure in the cabin has been raised as well. The increased pressure in the cabin prevents outside debris from entering the cabin. Another new feature is the use of colour-coded control elements on the control panel, which add to the ease of operation.

At this year’s fair, ZETOR tractors are showcased at two places. In Hall 16, Stand E10, ZETOR TRACTORS a.s. is presenting its component development and production. ZETOR is one of the few brands globally that still develops and produces components in-house, particularly engines. The components can also be used in other machines apart from tractors. During the development and production process, high quality is of utmost importance. ZETOR engines are appreciated by customers for their low operating costs and high durability. ZETOR’s engine portfolio includes three-, four-, and six-cylinder engines with power ratings between 50 and 170 Hp. The engines are sold with an after-treatment system, which captures dirt and pollutants produced by fuel combustion. The company also produces transmissions. Engines and transmissions are available either separately or as part of powertrain units, i.e. assemblies including axles and other components. Currently, powertrain units are supplied to KEMP, ZETOR’s business partner in Russia. 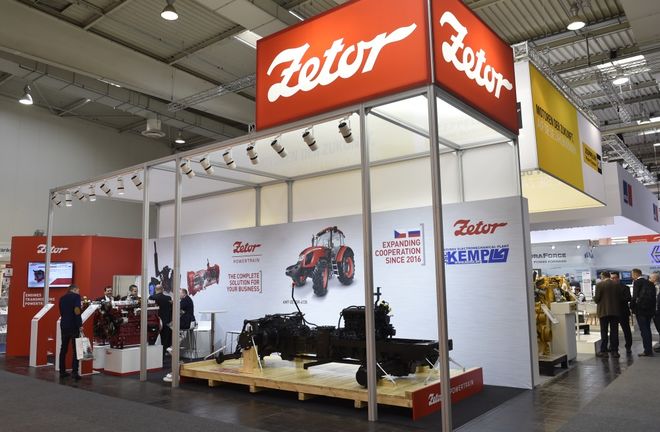 “Development and production of engines and transmissions make us distinctly different from our competitors. We intend to look for opportunities in this area and deeper collaboration with partners from markets where the ZETOR brand does not currently have a distributor. We can supply these customers with a broad range of components in different assembly stages according to their preferences. Our partners may subsequently complete the assembly of the machines using their own components based on the needs of their markets,” says David Kollhammer. 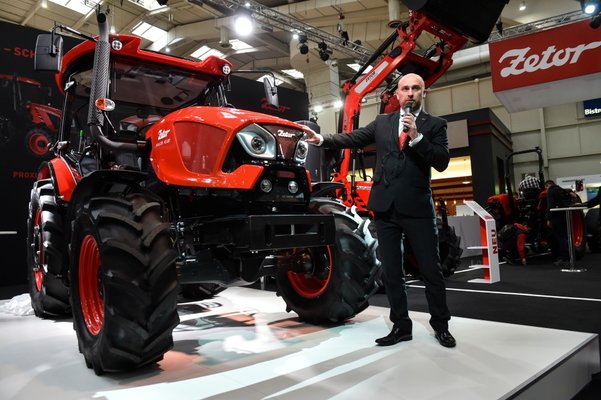 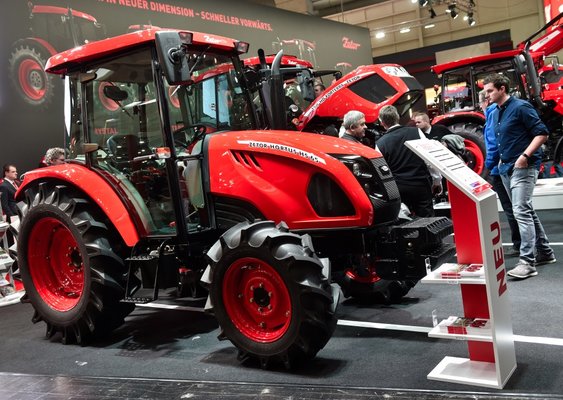 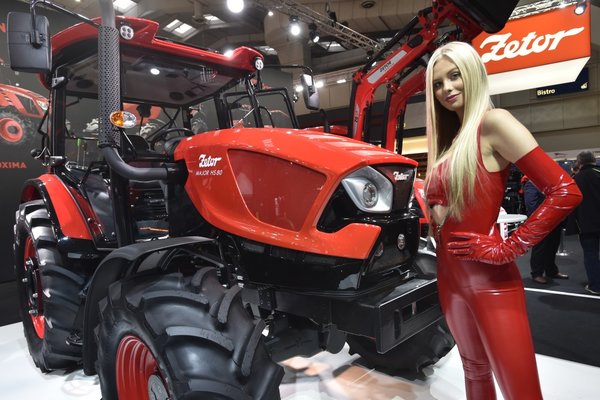 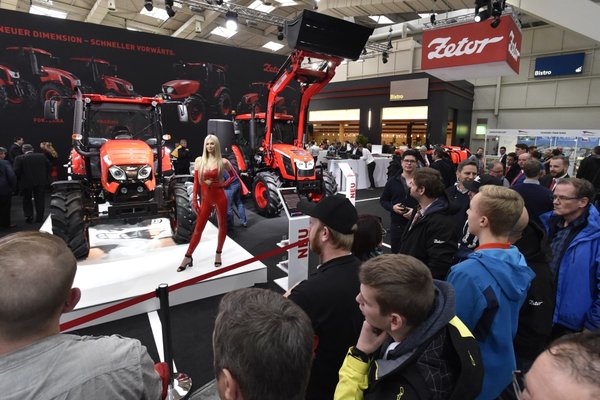 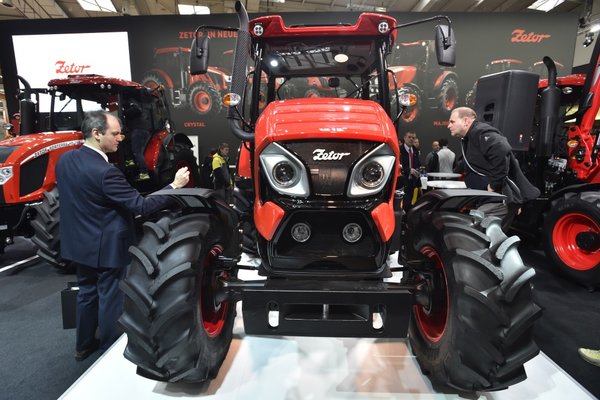 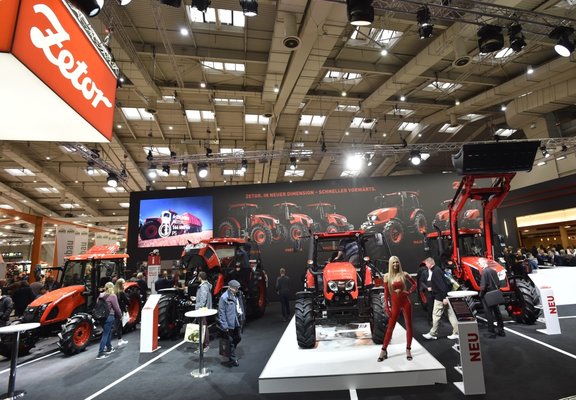 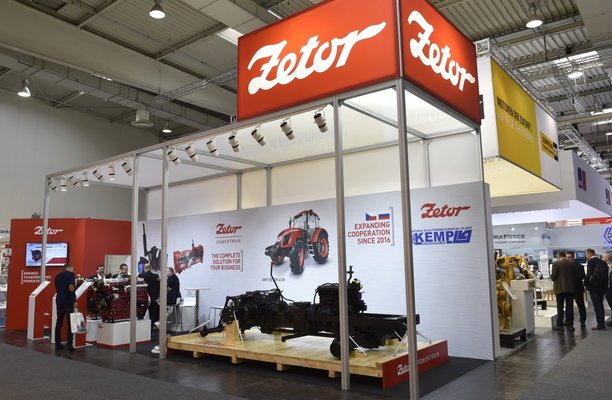