It has been another challenging year for ZETOR TRACTORS a.s. which was working hard to maintain its positions in strong competition of farming machinery manufacturers. It was successful in reaching its sub-targets, e.g. entering new markets such as Zambia, Kenya, the Philippines, Uzbekistan and others. Thanks to the cooperation with a new partner, KEMP, ZETOR is successful in entering the Russian market; between 2018 and 2022, up to 6,000 sets of tractors of the FORTERRA model range are about to be delivered to Russia. At Agritechnica exhibition, ZETOR attracted attention of professionals and journalists by presenting the innovations of the product portfolio: the new design of the MAJOR HS model range and the new models HORTUS and UTILIX.

Agritechnica exhibition 2017, which takes place biannually in Hannover, Germany, was a demanding but very successful project. At the event, the brand was presenting its five latest tractors: MAJOR HS in the new design, HORTUS and UTILIX, which also proved very popular, and the innovated FORTERRA and PROXIMA. ZETOR was also visited by a number of potential distributors from different countries in Africa, South America and Asia, who were negotiating possible cooperation with the representatives of the Company. At the ZETOR SYSTEMS stand, visitors could see in-house produced ZETOR engines and transmissions; it is quite rare nowadays that a company produces and develops its own engines and transmissions. Even this place witnessed negotiations with possible customers for components

In early October, on the occasion of the International Engineering Fair in Brno, the first agreement between ZETOR and KEMP, its Russian partner, was signed on the delivery of 450 sets of tractors to Russia in 2018. During the business mission of President Zeman and representatives of Czech companies to Russia in November, a new document was signed to extend mutual cooperation both in terms of duration of the contract and in the amounts of components supplies. In the following four years, the Russian partner is going to receive up to 6,000 sets of ZETOR tractors and engines. The financial value of the cooperation is estimated to reach EUR 550 million. “By entering the Russian market, we expect to strengthen the position of the brand in Russia. We are happy the our Russian partner is satisfied with our products and services and we are able to find space for further cooperation,” says David Kollhammer, Strategy Division Director, ZETOR TRACTORS a.s., commenting on the cooperation.

In respect of business strategy, ZETOR was successful in entering a number of new markets including Zambia, Kenya, the Philippines, Uzbekistan and others. Currently, ZETOR is active in 57 countries of the world. In the future, expansion to new markets is going to continue. At the moment, ZETOR focuses mainly on Australia and New Zealand, east Africa, the Near East and other territories.

In the upcoming years, ZETOR plans further development, mainly in the area of extending production and export. For this reason, Mr. Marián Lipovský was appointed the new Managing Director of ZETOR TRACTORS a.s. For many years, Mr. Lipovský worked in the position of Operations Director in the Company. Mr. Martin Blaškovič still keeps the position of the Chairman of the Board of ZETOR TRACTORS a.s. “I have been honoured by being appointed the Managing Director and I understand it as a challenge. I am fully aware of the scope and importance of the task and I believe I will be successful in the position, leading ZETOR in the right direction. It is the long-term target of the Company to strengthen its positions in domestic market and abroad, to develop our product offer and improving our services. We shall still head in this direction,” says Marián Lipovský, Managing Director, ZETOR TRACTORS a.s., commenting on the appointment. 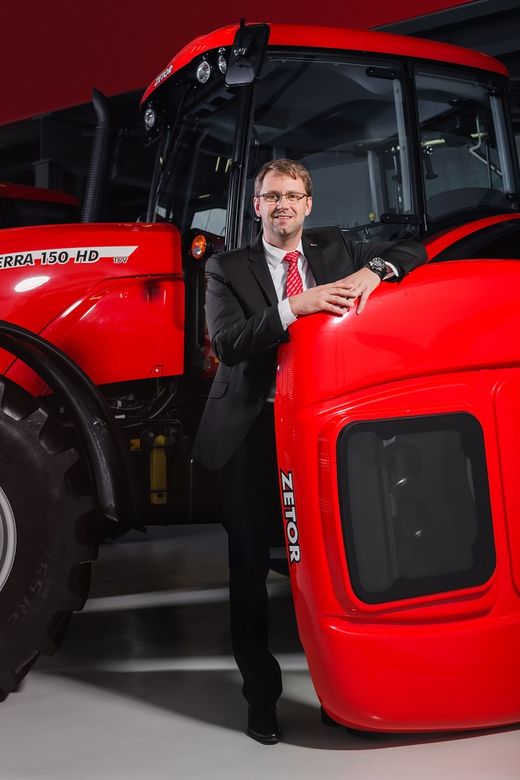