Christmas comes only in several days but ZETOR TRACTORS a.s. Company has already given a Christmas present to the farmers. The Company introduced a brand new model of tractor called MAJOR HS. The new tractor extends the MAJOR range meeting the requests of the most demanding customers who are seeking more comfort and low operation costs in this category of tractors.

The MAJOR model range was launched in 2013. It immediately became one of the most popular ranges among customers mainly due to its simple design, universal use, reliability, robustness and low operation costs. 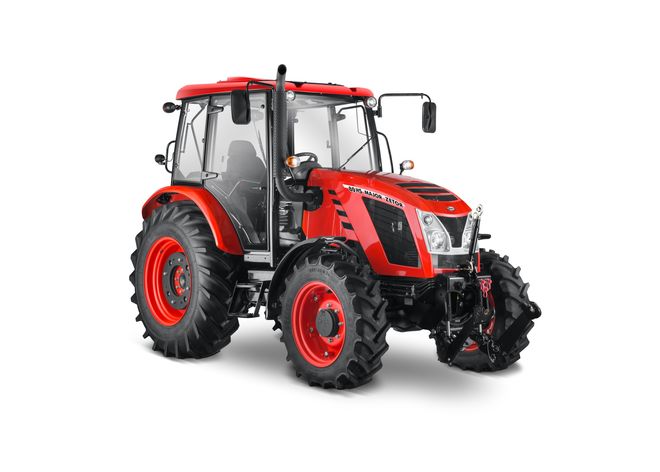 “So far, the Major model range has offered only one type of tractor with a four-cylinder engine and power of 61 or 76 hp. Mechanical gearbox with 12 gears forward and 12 reverse, maximum speed of 30 kph and mechanical hydraulics with manual control turned MAJOR into a simple but durable assistant of the farmers,” says Robert Todt, Sales and Marketing Director of ZETOR TRACTORS a.s.

This December, ZETOR has extended its offer of models launching a new machine marked MAJOR HS. The current model of MAJOR will further be marked MAJOR CL.

The new MAJOR HS employs a well-established and proven four-cylinder engine with displacement of 2.9 litres and power of 76 hp. The core innovation of the tractor is the gearbox with 24 gears forward and 12 reverse. Four gears of the gearbox are supplemented with three groups and two-stage PowerShift. In addition, MAJOR HS is equipped with hydraulic PowerShuttle which allows the change of direction under load. The maximum speed of the new tractor is40 kph, i.e. by 10 kph higher than in the CL model. The minimum speed is 0.5 kph. Within the working range from 4 to 12 kph, MAJOR HS offers six gears. The tractor further employs hydraulics with mechanical regulation which is outstanding both for its above-standard high lifting power (up to 33 kN, 3,300 kg) and fluent lowering regulation including the function of hydraulics lock in travelling position. 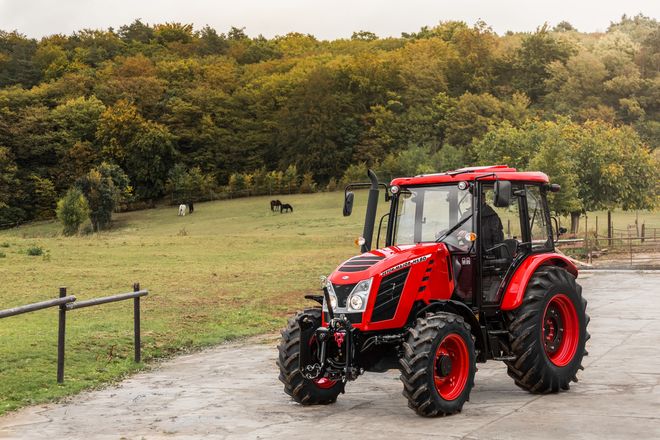 Traditionally, the tractor cabin offers sufficient space. The new steering column which can be adjusted in two directions together with the steering wheel, new dashboard and new more comfortable seat with horizontal turning make the operation of the tractor much more comfortable. The controls in the cabin are located in a way to be as available to the operator as possible. MAJOR HS is equipped with passenger seat, it has more storage space and the new dashboard can be switched to display specific data. Eight working lamps are sufficient for lighting the area around the tractor while working in the dark or shade.

MAJOR HS is equipped with turning front mudguards which made the turning radius much smaller, reaching 3.9 m. This resulted in a very good manoeuvrability of the tractor, which makes the tractor ideal for operation in limited space. In compliance with the supposed used of the tractor (i.e. animal breeding), the tractor is offered also with front loaders ZETOR SYSTEM. “Larger fuel tank with the volume of 120 l allows the tractor to work for a longer time without breaks,” says Robert Todt. “The new MAJOR HS is a versatile assistant which can be used both in small and middle-sized farms in the area of animal breeding and plant growing, or in municipal service respectively. Our design is a reaction to the wishes and remarks of our customers. The tractor meets the requirements of the most demanding customers who are looking for comfortable solutions and tractor versatility,” Todt adds.

The new tractors are going to be offered to customers within the entire business network. Production of the tractors shall be launched after New Year. First tractors will be delivered to customers in the first quarter of 2017. Launch of the new MAJOR HS extended the total product offer of the ZETOR brand to 4 model ranges and 9 models. 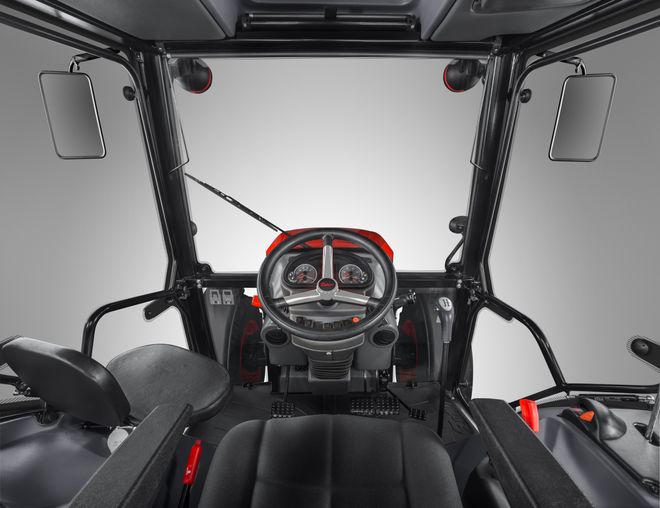