Ministers of Agriculture from Hungary and the Czech Republic visited ZETOR

Sándor Fazekas, Minister of Agriculture from Hungary, and Marian Jurečka, Minister of Agriculture from the Czech Republic, paid a visit to ZETOR TRACTORS a.s Company. The visit was part of the tour of the Hungarian Minister to the Czech Republic. Both members of government had a tour through the production part of the Company, they were shown the innovated technical workshops of Research and Development and visited ZETOR GALLERY.

Hungary is one of important markets for the ZETOR brand; on a long term basis, the brand has reached top sales numbers. Over the past three years, the manufacturer from Brno was among five most purchased brands on the market. 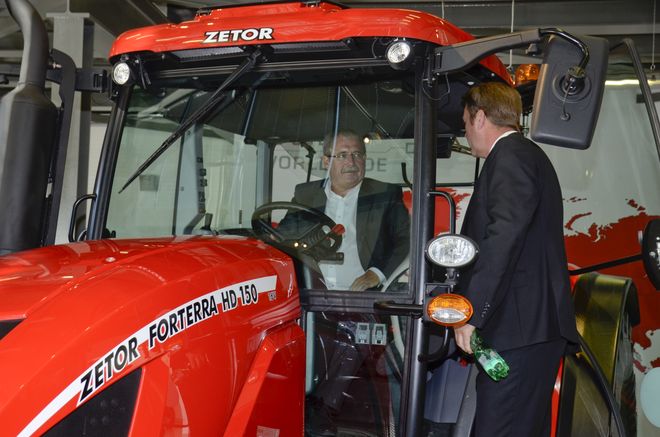 “In 2016, we have encountered decrease in demand for tractors in Hungary. Total sales on the market dropped by 13 %, which was also reflected by the results of the ZETOR brand in this area. We used the opportunity to meet Ministers Fazekas and Jurečka and acquainted them with our position in the market,” says Robert Todt, Sales and Marketing Director of ZETOR TRACTORS a.s.

“I happy to inform my colleague from Hungary about what our country does and offers in the area of agriculture, food industry and farming machines. Some of our products have long tradition. One of them is for instance ZETOR tractors which earned a good name and popularity abroad due to their high quality and reliability,” said Marian Jurečka, Minister of Agriculture.

During their visit, the guests became familiar with assembly line, logistics centre, dispatch area and innovated technical workshops of Research and Development. The visitors were also shown ZETOR GALLERY and a climate chamber which is used for testing tractors and engines in extreme temperature conditions.

Annually, ZETOR TRACTORS a.s. exports up to 200 tractors to Hungary; its market share is stable ranging from 8 to 10 % within the power segment of 50-170 hp. The customers in Hungary prefer PROXIMA and FORTERRA model ranges. They appreciate the machines for their versatility, robustness and their ability to be used both in plant growing and animal breeding. The tractors are also held highly for their low fuel consumption and ideal combination of power and price. 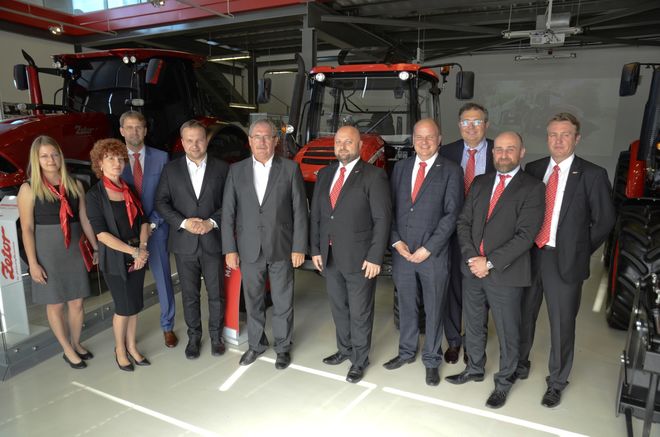 Photo: Ministers of Agriculture from Hungary and the Czech Republic visited ZETOR

ZETOR TRACTORS a.s. accepts various foreign visits from the whole world. Among the guests, there are usually members of governments and diplomats. Apart from Sándor Fazekas, the Hungarian Minister of Agriculture, the Company was visited by a number of other politicians. Recently, a visit has been paid by Jan Thompson, UK Ambassador; last year it was Petr Weiss, Slovak Ambassador to the Czech Republic, or Dejan Židan, Minister of Agriculture from Slovenia. Among Czech politicians, the Company was visited by Miloš Zeman, President of the Czech Republic, or Bohuslav Sobotka, the Prime Minister. 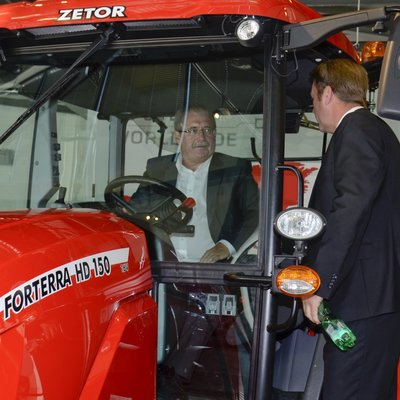 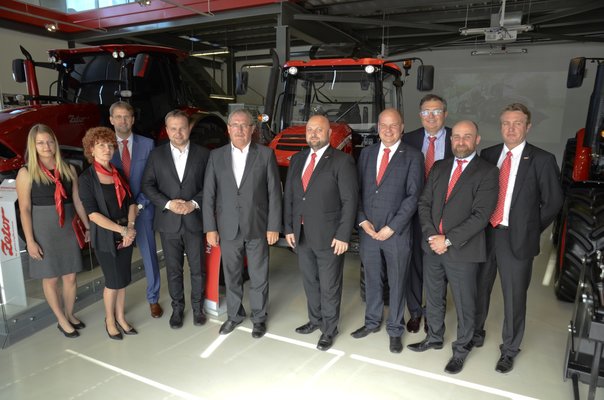