ZETOR newly in the Philippines

ZETOR INDIA, subsidiary of ZETOR TRACTORS a.s., has concluded cooperation with the JVF Commercial Company, the Philippines, to supply tractors to this region. The partnership was concluded for four years for the supply of tractors in the power range from 80 to 150 hp. Currently, the first tractors are on their way to the region. The Philippines are the sixth country this year to have been successfully entered by ZETOR while negotiations with other countries are still in progress. It is another step in ZETOR’s expansion to markets where the brand had not been before.

After several months of negotiations, ZETOR INDIA, subsidiary of ZETOR TRACTORS a.s., was successful in concluding cooperation for the supply of tractors to the Philippines. The cooperation with the JVF Commercial Company includes tractors in the power range from 80 to 150 hp, i.e. the PROXIMA and FORTERRA model ranges.

“In farming activities, people in the Philippines use also tractors with powers exceeding 100 hp, which is not much typical of South-East Asia. Generally, the market in the area focuses more on tractors in the range 40-80 hp. Over 5,000 tractors is sold in the Philippines annually, out of which 30 % of the tractors are over 100 hp. ZETOR’s offer is very strong in this power segment, therefore we suppose the customers will be interested mainly in all types of the PROXIMA range which is popular for its universality, or in the strong FORTERRA tractors, respectively,” says Robert Harman, Director, ZETOR INDIA.

The contract has been concluded for four years and currently the first tractors of the PROXIMA POWER range with the power of 120 hp are being shipped to the region. Apart from the new tractors, the core of the cooperation is also supply of spare parts and provision of customer service. The partner in the Philippines is a well-established company which has so far been focusing on construction machinery. As an innovation, the company also expands into the area of farming. JVF Commercial has four subsidiaries in four biggest islands in the Philippines which conveniently covers the logistics in the whole country.

“The conclusion of our cooperation was preceded by hard work of my colleagues in the affiliation, approaching potential partners in Asia. The partner in the Philippines reacted to our offer. The reason why our offer was attractive was the good name of ZETOR in the region, even though we have never been active in the Philippines directly as a brand,” says Robert Harman commenting on the situation.

In the 1990s, ZETOR tractors were sold in the Philippines but the tractors were marked John Deere 2000 – 2400. This was the result of the cooperation of the two brands in the early 1990s when the tractors from Brno were exported to the area of South-East Asia, South America and South Africa under using different trade mark.

Directly, ZETOR supplied nearly 100 tractors to the Philippines during 1990s. Since early this year, the Philippines have been the sixth country to have been newly entered by ZETOR, following Israel, Jordan, Zambia, Russia, and Kenya.

“We are approaching also other partners in the regions of Asia and Africa. Our affiliation is gradually successful in meeting our targets, namely strengthening the positions of the ZETOR brand in the areas were we have not been present so far, gradually increasing the market share in the areas where we have found new partners. Within the first six months this year, we have been successful to sell by 60 % more tractors than during the whole last year,” says Robert Harman commenting on the targets and results of the affiliation. 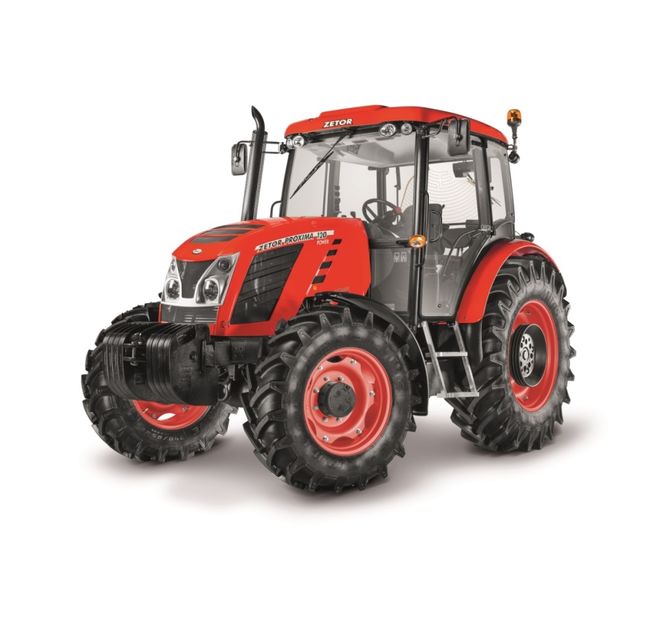