ZETOR introduces a fleet of new products at TECHAGRO

TECHAGRO, the biggest agricultural trade show in the Czech Republic and in Central Europe, opened its gates to visitors this Sunday. Through 12 April, farmers, journalists and ZETOR tractors enthusiasts can visit the ZETOR stand, where the new 2018 season products will be on display. The most eagerly anticipated is the updated MAJOR model range, ZETOR’s first series tractors featuring a new attractive design. The new UTILIX and HORTUS model series with tractors with a power range of 40 to 70 HP and upgraded PROXIMA and FORTERRA models are also sure to draw interest. ZETOR SYSTEM front-end loaders will also be on display.

Following on its successful presence at the Agritechnica international trade show in Hannover last autumn, ZETOR will present new additions to its ever-expanding portfolio in Brno, the brand’s home town. All of ZETOR’s tractor model series have been upgraded, which really gives customers something to look forward to. The biggest attraction will be the upgraded MAJOR model series featuring a new design. The design, developed for ZETOR by the Pininfarina studio of Italy, emphasizes the dynamics and power of the tractor and shows that design can be both attractive and practical. The relocated front headlights now illuminate a greater working area in front of the tractor and the unique hood angle ensures greater visibility of the working area around the tractor, providing the operator a better view during loader work. The tractor features an upgraded braking system and now comes with a sensor that disengages the PTO when the operator leaves his seat. All seats are equipped with safety belts. The tractor cabin is also more comfortable now – the air-suspended swivel seat takes operator’s comfort to a new level. Customers can look forward to the serial production launch of the MAJOR HS and CL in summer 2018.

The new UTILIX and HORTUS tractors will also have their Czech debut at TECHAGRA. These 40 to 70 HP range tractors were added to the ZETOR portfolio in late 2017. Their universality makes them ideal for agriculture, farms, municipal services, plant cultivators, garden centres as well as hobby farmers. Sales of the tractors will begin during the second quarter of this year. “Machines in this power range account for 20% of total European sales. This is why ZETOR is launching two new tractor models in 4 specifications – the UTILIX HT 45, UTILIX HT 55, HORTUS CL 65 and HORTUS HS 65,” says Marián Lipovský, executive director of ZETOR TRACTORS a.s. The new products are compatible with ZETOR SYSTEM front loaders, which will also be on display at TECHAGRO, including the ZC series designed specifically for the UTILIX model series. Key innovations have also been introduced to tractors in the FORTERRA model series, which now have new, more efficient braking systems, like the other series. But the biggest new feature is the ECO 40 transmission in the FORTERRA HSX and HD engines, which maintains an optimum rpm range at high speeds (at 40 km/h it is an efficient 1750 rpm). These tractors’ operational expenses can be up to 20% lower, depending on the given task. Customers can also order the FORTERRA HSX with a suspended front axle, which increases operational comfort of the tractor. Czech and Slovak customers who purchase a FORTERRA HSX will get a suspended front axle for free. This special promotion is valid while supplies last. The FORTERRA also features a new dashboard and the cabin pressure has been raised. The upgraded FORTERRA HD will be market launched in August 2018. 2018 is the FORTERRA’s 20th anniversary on the market. During that time, more than 21,500 tractors have been sold to 55 countries around the world. ZETOR will celebrate the anniversary with a contest for the public on Facebook. Enter by sending in a photo – a self-portrait with your tractor – and sharing the most interesting experience you have had with your tractor. Great contest prizes.

“Along with updating our tractors, we are strengthening our position on different markets. We have a new partner in Estonia and have entered the Vietnamese market. We are dealing with other potential partners in South America, East Africa and Southeast Asia. Our goal for 2018 is to increase our production volume in anticipation of stabilization of the overall market situation. We have high hopes for introduction of the updated UTILIX, HORTUS and MAJOR models featuring the new design,” added Marián Lipovský.

The ZETOR stand at the Brno TECHAGRO trade fair is located in Pavilion P. With a square area of 504 sqm, ZETOR TRACTORS will present 7 tractors from all of its tractor series and an efficient ZETOR 4-cylinder engine. Everyone is cordially invited to stop by. 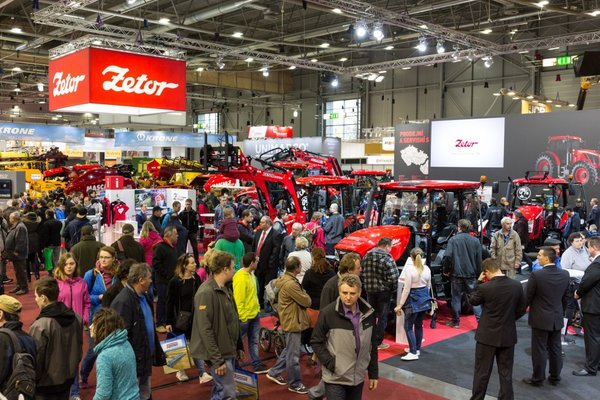 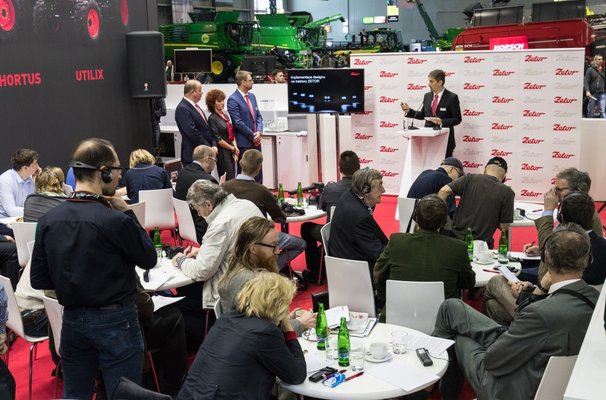 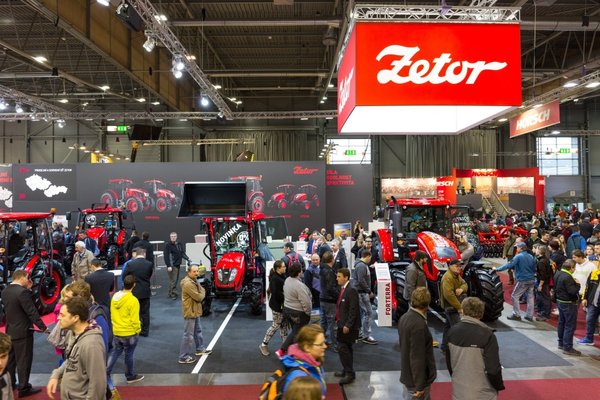