ZETOR by Pininfarina to be introduced in several countries

Brno, 11 February 2016 – At the end of 2015, ZETOR introduced its new design direction in the form of the ZETOR by Pininfarina concept. Since that time, the news of collaborating with the iconic Italian Pininfarina studio literally took the world by storm and the tractor is described as the most “sexy” tractor or as the “sportiest” agricultural machinery. The design concept will be travelling to see customers throughout the year. 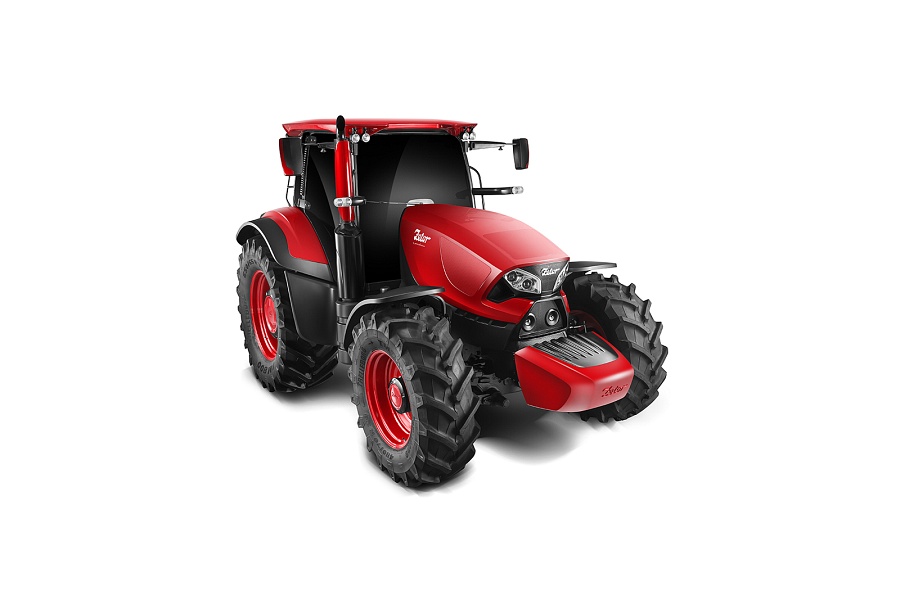 ZETOR by Pininfarina was already available for viewing at the end of January in Poland at the Polagra Premiery international fair in Poznan. At the end of the fair, the model returned to Brno, where it was introduced to the President of the Czech Republic Miloš Zeman, who visited the ZETOR TRACTORS a.s. plant.

“I am keeping my fingers crossed for ZETOR. It is evident that it chose the right path. I believe that with projects like ZETOR by Pininfarina, this traditional Czech brand is not lost,” President Zeman stated during his visit.

In the first half of February, the new concept will also be presented at the National Farm Machinery Show in Louisville, Kentucky. Although it will not physically be present, American farmers and show visitors can familiarise themselves with the project and take away visuals and information about ZETOR by Pininfarina as well as other ZETOR tractors. Other activities and presentations of this novelty in individual markets are being prepared.

“ZETOR by Pininfarina is based on customer requirements. The possibility to present the concept in individual markets is a great honour for us. At the same time, we are also giving customers and the public an opportunity to personally encounter the concept. The new direction of design is met with success and acclaim that is larger than we expected. We are obligated to put machinery with this design on the market as soon as possible. Dates as well as the model series that will be introduced first in the new design are both subjects of negotiations,” said Margaréta Víghová, Head of Corporate Communications at ZETOR TRACTORS a.s.

The presentation of ZETOR by Pininfarina in the American state of Kentucky does not end the series of activities; the tractor will be gradually presented in other countries. If the tractor is not on the road, it is possible to view it in the ZETOR GALLERY in Brno. At this time, it is certain that ZETOR by Pininfarina will be present at the TECHAGRO 2016 exhibition, which takes place at the beginning of April.

ZETOR by Pininfarina embodies the design concept and direction that will be applied to the model series of ZETOR tractors in the next few years. The aim of the presented visualisation of the future is to offer the customer a modern, attractive and timeless design, of which they can be rightly proud.

Information and photographs of the design concept can be found on the newly launchedhttp://www.zetorbypininfarina.com/ website. Those interested can find out more about the actual concept or familiarise themselves with the design history. Also prepared is a section with a list of locations and dates where ZETOR by Pininfarina can be found. The site will also publish press releases and, last but not least, it is possible to download wallpapers from the site.

Due to the expansion of the product portfolio and the Company’s development plans, ZETOR is placing emphasis on the expansion of dealers and business partners. The brand pays attention to Western Europe and other markets where it operates. Among the recent business successes is the signing of a contract for the supply of 250 tractors to Iran amounting to EUR 5 million.