In last days, the first tractors of the model range MAJOR in the new design was finished on the assembly line of Brno manufacturer of ZETOR tractors. Following the successful presentation on Agritechnica and Techagro Exhibitions, mass production of the “handsome” tractor by ZETOR starts on July 16. MAJOR in the new design attracts customers not only with its shapes that stress the dynamics and power of the tractor but also with its universal and wide use in real conditions. The new tractors will get to their customers in the following weeks. MAJOR in the new design was presented by ZETOR management as early as 2017 at Agritechnica Exhibition in Germany. Since then, the tractor was presented in a number of other exhibitions all over Europe. Now, the time comes for customers who were interested in this model range: on July 16, the mass production of both versions – CL and HS – was started in the premises of the Company in Brno. They are four-cylinder tractors with the power of 75 hp employing DEUTZ engines. The CL version is a simple mechanical tractor with 12/12 transmission, whereas the HS version offers more comfort to the operator due to 24/12 transmission and maximum speed of 40 kph. The transmission is equipped with two-stage torque multiplier and electro-hydraulic reverser which makes it possible to change the travelling direction under load. The lifting capacity of the CL model is 2,400 kg; the HS version is able to lift up to 3,300 kg, which is a standard capacity for tractors of this category.

The design of the new MAJOR draws on a concept by the Italian studio Pininfarina, which is famous for its work on other iconic vehicles in the red colour – Ferrari and Alfa Romeo. The first impulse to start cooperation with the studio was the intention to create a product with a strong aesthetic value which would stress the power and dynamics of ZETOR tractors. In 2015, this concept, called ZETOR by Pininfarina, was a great success at the international farming machinery show Agritechnica in Hannover. The following year was devoted to the adjustment of the design concept for serial production. As the MAJOR model range is the most popular with customers, it was the first range to be chosen for the serial production in the new desing.

“At Agritechnica 2015, ZETOR by Pininfarina was a great international success. Last year, we kept our promise and we presented the new MAJOR with the implemented design at Agritechnica 2017. We are happy to confirm that its positive acceptance was beyond our expectations. The success of the new design is a proof that the implementation of the design to all model ranges is a step in the right direction. As a result of this, PROXIMA and FORTERRA in the new design will be launched next year,” says Marián Lipovský, Managing Director, ZETOR TRACTORS a.s., commenting on the new design. The new design has a strong aesthetic value and it proudly represents the new iconic vision of the ZETOR brand. The negative incline of the bonnet, dominant mask shape, the location and shape of lamps and relocating the ZETOR logo to the middle of the mask all together create a unique striking impression. We cannot also forget to mention the rear lamps which elegantly fit the fenders making a harmonious compact impressing. The new shape of the roof is practical in offering better view from the cabin.

“We have also succeeded in improving the function of the MAJOR model range – for example the location of front lamps increases the illuminated working area in front of the tractor; the unique incline of the bonnet and the new shape of the roof provide the operator with a better view of the surroundings of the tractor and the load while working with front loader,” says Marián Lipovský, enumerating the positives of the new design.

The first tractors with the business name MAJOR were created as early as 1999; they were the innovated model range marked Model 92. The tractors have been produced since 2006. In 2013, the Company presented an innovated model range with the same name. At the turn of 2016 and 2017, the offer of the MODEL range was extended by the new HS model. In the portfolio of ZETOR tractors, MAJOR represents a universal farming tractor in the category of power up to 80 hp, offering an outstanding price-value ratio. Thanks to their manoeuvrability, the tractors can be widely used in breeding, on farms, and in the so-called green program working with tedding machines, mowers, rakes and also in transport while dragging trailers, side-drop trailers, loads and in road maintenance. 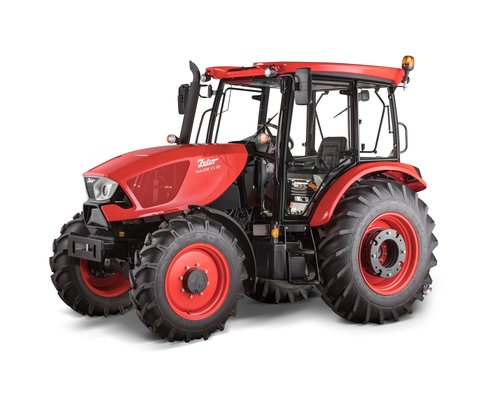 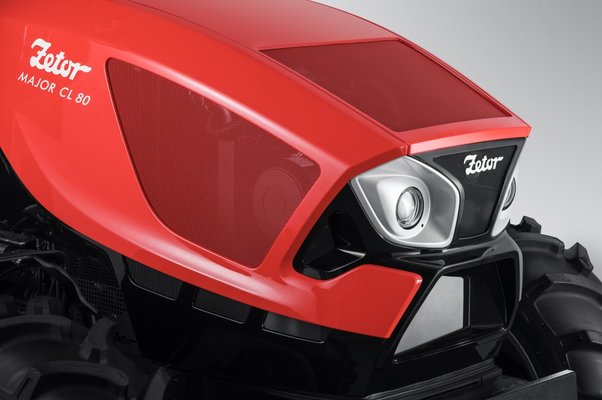 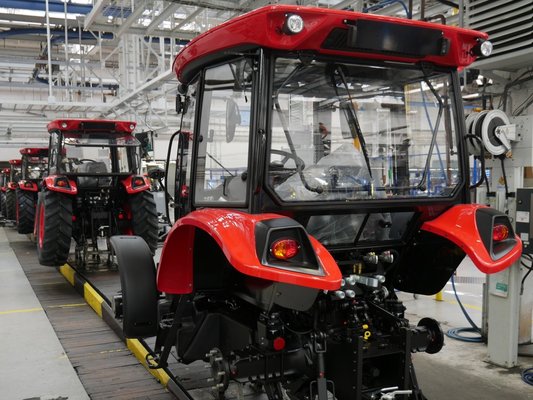