As part of a visit to the South Moravian Regions, Miloš Zeman, President of the Czech Republic, and Bohumil Šimek, Hetman of the Regions, visited ZETOR TRACTORS a.s. On Friday, December , President had a meeting and discussion both with the Management of the Company and the staff. The visit drew on the successful participation of ZETOR in the business mission of the President to Russia last week, on the occasion of which the Company signed a memorandum with KEMP, the Partner in Russia, on the supply of up to 6,000 sets of tractors during the next four years in the total order value of EUR 500 million.

In ZETOR TRACTORS a.s., the President was welcomed by Martin Blaškovič, Chairman of the Board and Managing Director of the Company, together with other members of top management. The agenda of the visit included also short visit to ZETOR GALLERY connected with the introduction of the new UTILIX model, the product innovation for 2018. During the visit, the President was informed about current plans of the Company to extend product portfolio by two new model ranges, launch of the first tractor with the new design in serial production and about the ongoing expansion to new markets. The President’s discussion with the staff included for instance the topics of the success of the business mission to Russia, the acceptance of Euro by the Czech Republic, and the effect of Industry 4.0 on secondary education in the Czech Republic. 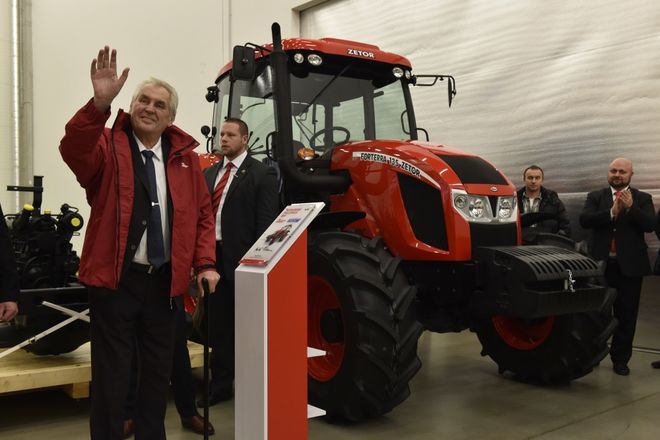 As part of the visit, President Zeman, made a honorary signature on the board commemorating the conclusion of the cooperation between ZETOR and the Russian Partner KEMP. “I was happy to lead the group of 140 business people, which was by the way the biggest business delegation within the past 25 years, to the Russian Federation, and I am also glad that it was on this occasion that ZETOR signed the contract to deliver 6,000 tractors to Russia in four years. I wish ZETOR a lot of further successes,” said President Miloš Zeman during the visit. 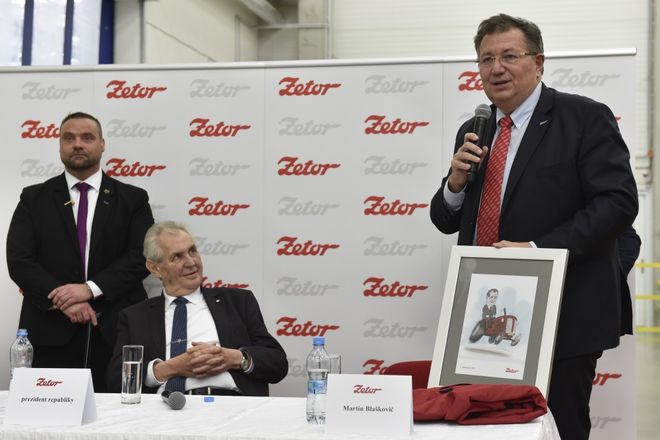 The business mission with President Miloš Zeman, which was participated by the representatives of ZETOR TRACTORS a.s. took place last week. During the mission, ZETOR TRACTORS a.s. and Kovrov Electro Mechanical Plant (KEMP) signed memorandum on the extension of mutual cooperation with the estimation that until 2022, up to 6,000 sets of tractors of the FORTARRA model range shall be delivered, with total order value of EUR 550 million.

President Zeman already paid a visit to ZETOR last year in January on the occasion of his three-day travel through the South Moravian Region. This year, ZETOR has been visited also by other important persons, e.g. Jan Thompson, British Ambassador, and Sándor Fazekas, Ministry of Agriculture of Hungary, together with Marián Jurečka, Ministry of Agriculture of the Czech Republic. 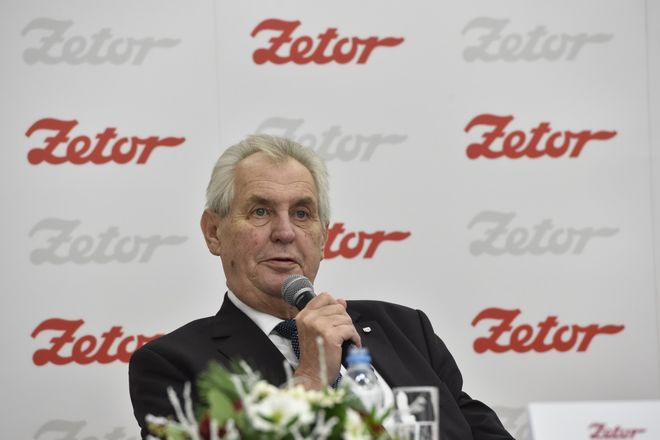 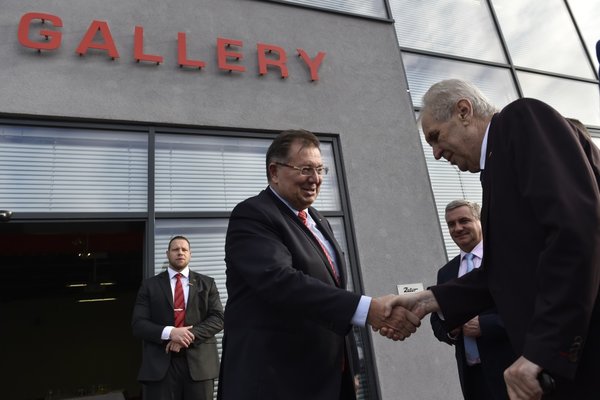 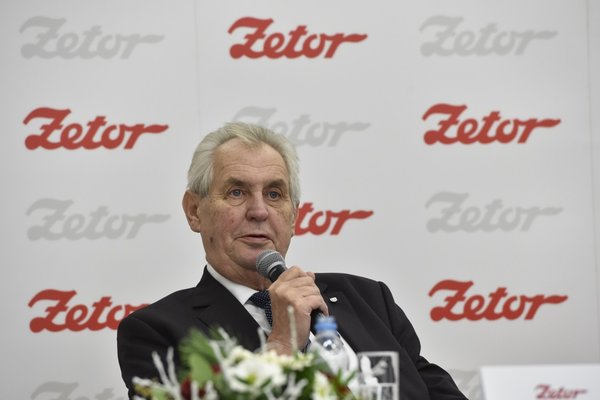 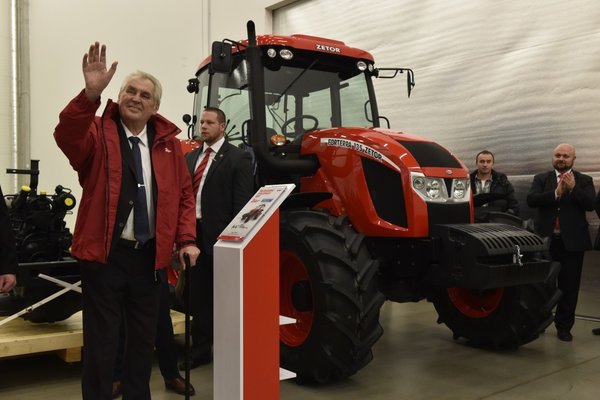 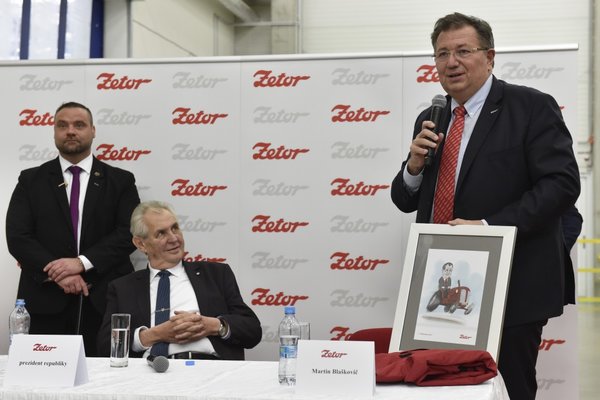