Mr. Havelka, ZETOR enthusiast, to conquer another country in Europe; this time heading to the North

Martin Havelka, a lover of the historical ZETOR 25, is getting ready for another journey. Following Poland and Austria, Scandinavia will be another country to conquer. With his open station historical tractor, he will set out on Saturday, July 14, from his hometown, Škrdlovice in the Vysočina Region.

The first stop will take place still in the Czech Republic. Near Trutnov, Martin Havelka plans to have a rest before the next day when he will cross the border to Poland, going all the way to Leszno where he is expected by the members of the Polish club Traktor I maszyina. After that, the ‘tractor traveller’ will go through Poznań to the town of Budzyń, or to more distant Pila, respectively. Unless some unexpected complications appear, Mr. Havelka will get to the port Swinoujsce on Wednesday, July 18. From the port, he will transfer to Sweden on a night ferry. For Havelka’s ZETOR 25, it will be the first journey on a ferry, and the owner of the tractor is looking forward to this event very much. The tractor will surely attract attention of other passengers as well.

Mr. Havelka was invited to come to Sweden by Magnus Larsson, a Swedish collector of ZETOR tractors. In 2016, Mr. Larsson congratulated Mr. Havelka on his successful journey with his Z25 to the Baltic Sea. The following year they met face to face on a tractor meeting in Lazy nad Morzem, Poland, and together they planned this year’s journey to Sweden. The first stop in the North is going to take place in the city of Ysad, which hosts ZETOR museum; the next one will be in the city of Trelleborg and on family Olsson’s farm close to Göteborg. The open station is a typical feature of Z25 and as the weather in Scandinavian countries can be unpredictable, the agenda for the rest of the journey is subject to change based on conditions.

“I am really looking forward to the journey to Sweden. For my ‘twenty-five’, this is going to be a test of endurance but I believe that due to its high-quality design and the care and maintenance it gets, we will succeed to travel there and back home again. Obviously, the way is subject to change depending on terrain and weather. This year it is the first time that I plan to drive the tractor also on the way back so we will see if he plan works out. I will be accompanied by my wife and two children in a car,” says Martin Havelka commenting on his journey. Martin Havelka is really experienced in journeys like this. Over the past years, he took journeys to Austria and Poland. In Austria, ZETOR 25 went along the highest-located road in Europe covering the incline of 2,571 mamsl. For several times, the tractor covered the distance of nearly 800 km to Lazy nad Morzem, Poland, which annually hosts the tractor meeting by the sea. Following the journeys to the Baltic sea, the traveller and his tractor were invited to Sweden for the upcoming adventure. This time the journey is over 2,000 km long.

“We are happy that even our oldest models attract lots of fans who collect and take care of them. They also prove to the public that even tractors aged nearly 70 years is able to make such a long journey as planned by Mr. Havelka. We keep our fingers crossed and wish Mr. Havelka luck and nice weather. We are looking forward to the news from the course of his journey to learn how he and his ZETOR 25 are doing,” says Lukáš Krejčíř, Finance Director, ZETOR TRACTORS a.s.

The first ZETOR 25 tractor was produced on March 15, 1946. In the post-war era, the task was clear – to design a cheap tractor with low weight suitable for mass production. Zbrojovka Brno was the best to complete the task, so it subsequently took over the production of farming wheel tractors Z 25. Three years later, in 1949, the tractor was innovated and the legendary Z 25 A was launched. It is the very tractor that Mr. Havelka is travelling on. At that time, the tractor offered a number of benefits: improved dashboard including thermometer, comfortable soft seat with upholstery, hydraulic three-point hitch, optional cabin, differential lock, and adjustable front and rear wheel track. Mr. Havelka bought his tractor in 2010 and it was of course subject to renovation. This took over a year. Originally, it is ZETOR 25 A, which was rebuilt in 1968 in STS Hodonín into an “H” version. The renovation carried out by Mr. Havelka returned the tractor as close to its ‘A’ shape as possible. There are minor adjustments related to safety and endurance during long journeys, for instance better steering hinges or trunk for carrying things. 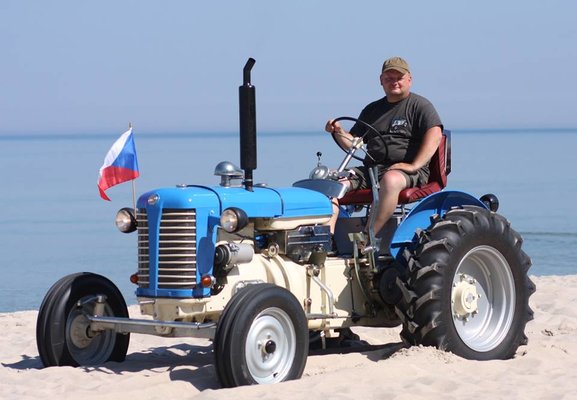 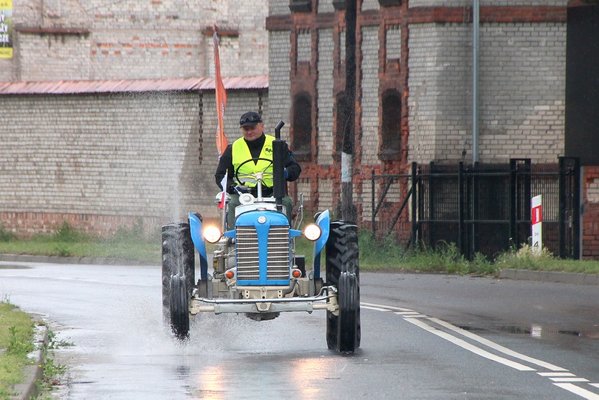 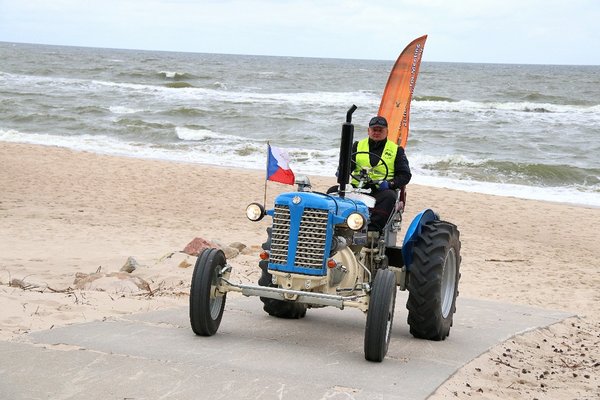 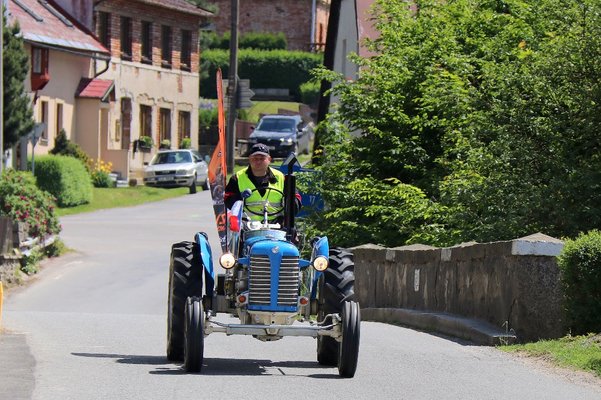 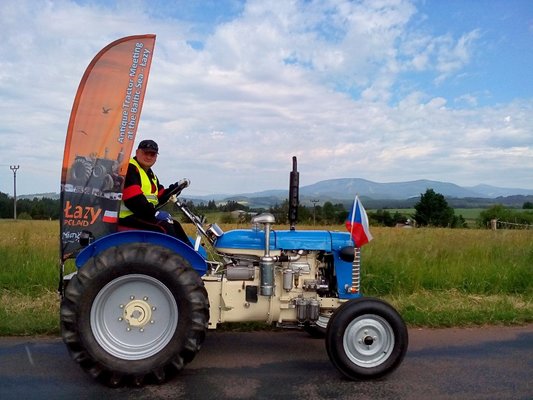