This year, at the turn of July and August, a group of six fans from the Finnish club Tyrwään Seudun Zetoristit organized an expedition to the Arctic Circle in ZETOR 25 tractors. Altogether, the legendary “Twenty-Fives” covered 1,700 kilometres’ long journey.

The idea to drive tractors up to the Arctic Circle originated a few years ago among the members of the Finnish club Tyrwään Seudun Zetoristit. The idea came true in the mid-summer this year. “The year 2016 was chosen because our club celebrates its 10th anniversary and the ZETOR brand celebrates its 70th anniversary. Every year, we make shorter trips in the surroundings; we usually make the average of 10 trips per summer but up to this year we had never set out for such a long trip,” says Janne Ahonen, the organizer and participant of the event. 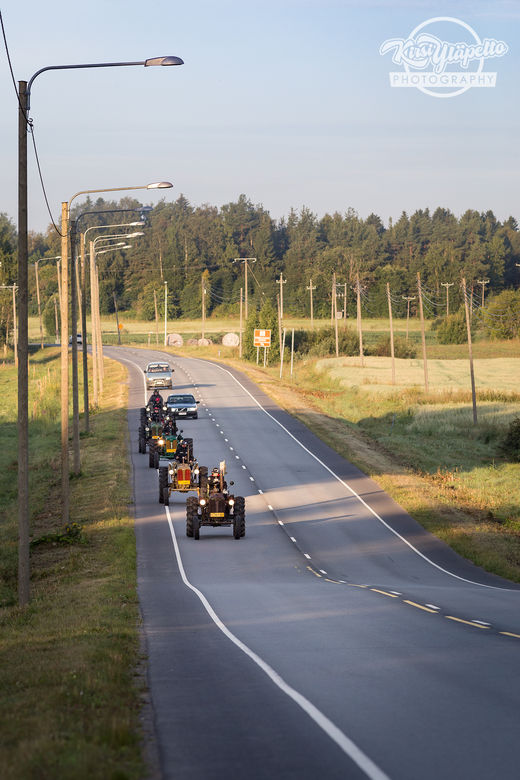 Between July 30 and August 10, group of six long-time friends covered nearly 1,700 km in Finland with their ZETOR 25 tractors. The tractors were accompanied by a service van which was carrying spare parts for the ZETORs, a generator, welding equipment etc. The first part of the journey included the cities of Tyrwää, Virrat, Ähtäri, Vimpeli, Kaustinen, Toholampi, Oulainen, Oulu, ending in Rovaniemi and the drivers took only three days to cover this leg. The way took about the same time. “We chose direct, less busy roads, mainly for the reason of safety. We also wanted to affect road traffic as little as possible,” comments Janne Ahonen on the topic of choosing the route.

For the journey across their home country, these fans from Finland chose machines Z25 A which had been subject to careful inspection before the journey. Some machines needed new pistons, bearings, brakes etc. Technically, ZETOR Z25 K was also part of the group, however, it has been upgraded by mounting a transmission from Z 25 A, which made the tractor faster. “The tractors made the trip very well. There were no technical problems on the way. We used the support of our service van only once. One exhaust pipe needed a little welding. The only complication was the weather as it was raining every day,” says Janne Ahonen. 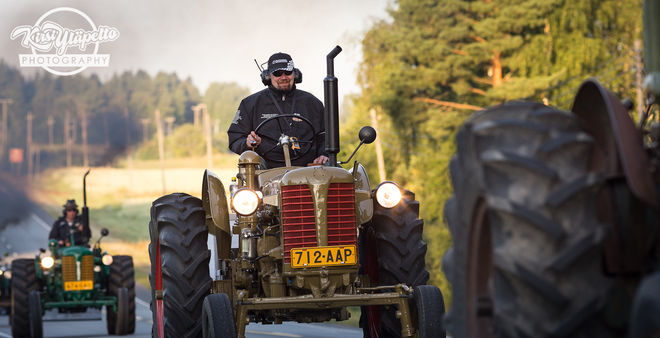 Tractors of the ZETOR brand have been produced since 1946. The first tractor in 1946 had the mark Z 25. The following years witnessed full serial production. Z 25 was modernized into an upgraded type Z25 A – this machine was equipped with hydraulic three-point hitch, adjustable track of front and rear wheels, comfortable upholstered seat, improved dashboard and optional cabin. “We are very happy that fans also take part in the celebrations of the 70th anniversary. It is a proof that ZETOR tractors are still popular and even older types are able to work and operate and you can drive them nearly anywhere, for example to the Arctic Circle, as our Finnish fans did,” says Margaréta Víghová, Corporate Communications Director of ZETOR TRACTORS, a.s.

The participants of the event this year Janne Ahonen, Appu Haapaniemi, Raimo Jaatinen, Tarmo Pihlajamäki, Veijo Saari and Mape Tuominen and the crew of the service van Juha Haapamäki and Seppo Kiuru evaluate the whole journey across Finland which was nearly 1,700 km long.

Why did you choose ZETOR 25 A tractors for your journey to the Arctic Circle?

We all like the Z 25 A type and we all have one. Moreover, every member of the expedition was able to repair his Z 25 A if it was needed. These machines are faster than their predecessor Z25 K. Still, we had one Z25 K, however, it had been upgraded. It had a transmission taken over from the A model, so it was as fast as the other tractors.

You have planned and taken a very long journey; were you supported by anyone?

Altogether, we were supported by 25 sponsors. We have approached some of them before the journey while others contacted us themselves. Just thanks to their support, our journey was so successful. Our journey was talked about on TV and in the newspaper. Our expedition was accompanied by a service van but we almost did not have to use its services.

Which places did you visit along the way? Did you stick to the original plan or did you have to change the route?

We changed the way back a little. The rest was taken as originally planned. We visited other tractor fans along the way, we had a look at their collections; we saw nearly all of them for the first time. When we got to Rovaniemi, we called on to Santa Claus.

How long did you take to cover the whole journey?

We took three days to get there. We set out on Saturday and we got to Rovaniemi on Monday afternoon; we spent there two nights. We had the remaining days for the way back which was changed a little. We got back home on Friday evening, which means that altogether we took seven days to get there and back.

What were people’s reactions in the places that you got to?

People were enthusiastic, we were very popular. People were taking photos and asking a lot of questions. We were also answering questions from local newspapers: what the way was like, what our next stop was.

What were the highs and lows of the journey?

A real complication was the weather. It could definitely be better; when it was raining, we had to drive in the rain. Still, we enjoyed it even in the bad weather. Everyone had his friends around him, our oldtimers were working as they were supposed to, we met a lot of interesting people and we were going through beautiful Finnish countryside.

The event was planned at the time of important milestones for both your club and the ZETOR brand. What would you wish ZETOR brand to its 70th anniversary?

To the future, we wish ZETOR a lot of success and very good, powerful and ever-lasting new tractors, just like the older ones are.

Are you planning another journey with ZETORs in the future?

As everything went so good this year, we have started to plan other longer journeys. But we have not got any precise plans yet. Of course, next year, there will be a summer tour with our club which takes place every year. So we have to wait for any other longer journey, which could be up to 2,500 km long, until summer 2018. 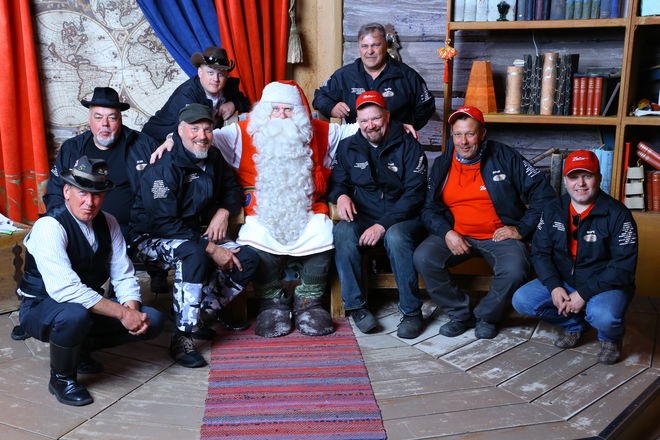 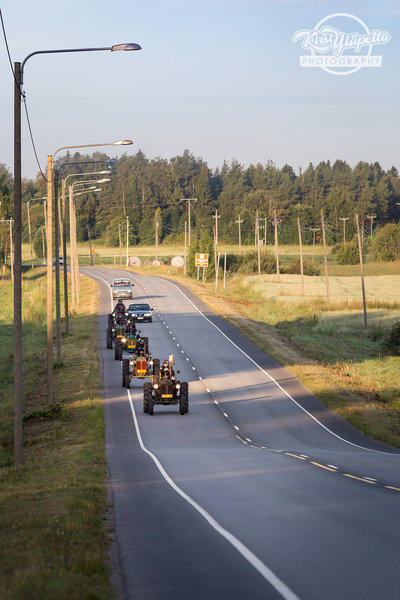 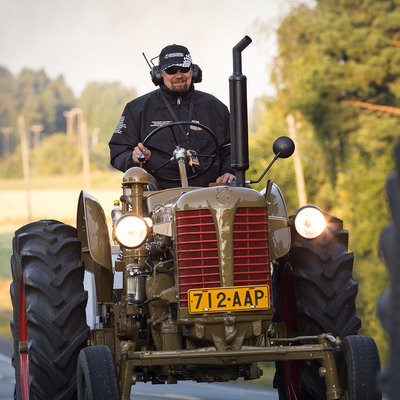 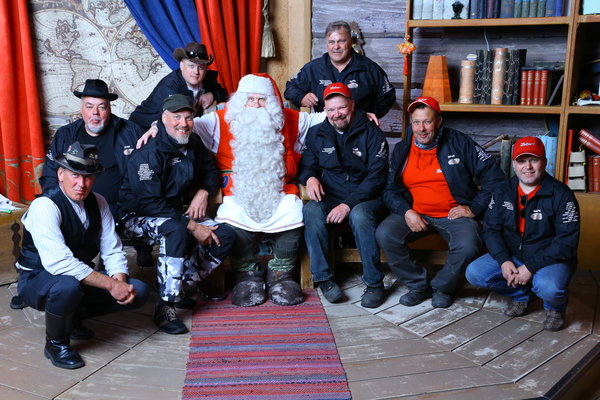