2020 ZETOR Calendars on Sale Now. This time customers and fans of the brand name took part in its production.

The ZETOR TRACTORS a.s. 2020 calendar is now on sale. This year, however, the company decided to change the concept of its calendar by involving customers and fans in its production. The goal was to join forces to create a calendar depicting tractors performing ordinary activities in a natural environment – on the premises of customers and fans of the ZETOR brand.

The company therefore launched a competition in July inviting users of ZETOR tractors to send in photos of their machines. Out of hundreds of submitted photos, 54 were chosen for the calendar’s front page. The overall winner was a photo of a ZETOR FORTERRA 130 HD tractor by Mrs Monika Musilová from the company Hanácká zemědělská společnost Jevíčko a.s. (an agricultural company based in Jevíčko in the Haná region), specifically from the dairy and meat product centre in the village of Biskupice u Jevíčka.  It was there that the photograph for the month of October was taken. The majority of the remaining photos for the calendar were taken on the premises of our customers in the Czech Republic and Slovakia.

“The aim of the project was to involve our customers and fans, who are the main target group for our calendars, in the production of next year’s calendar. We are delighted at the great interest shown in the competition, and we would like to thank everyone for sending in their photos. Space in the calendar is limited, however, and so we tried to choose a little bit of everything,” explains Jakub Hurta, marketing manager of ZETOR TRACTORS a.s.

The new calendar also reflects the wide range of uses that ZETOR tractors find in various places. The photos capture tractors not only at work in the field, but also during feeding and work with cattle, gathering wood in the forest, and carrying out maintenance work on sport fields and parks. 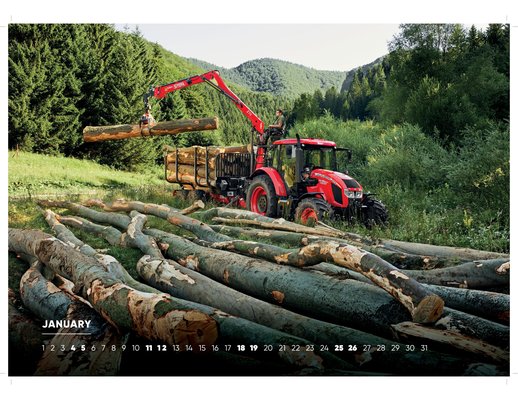 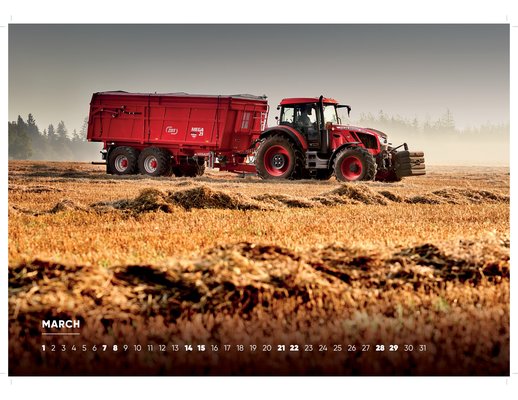 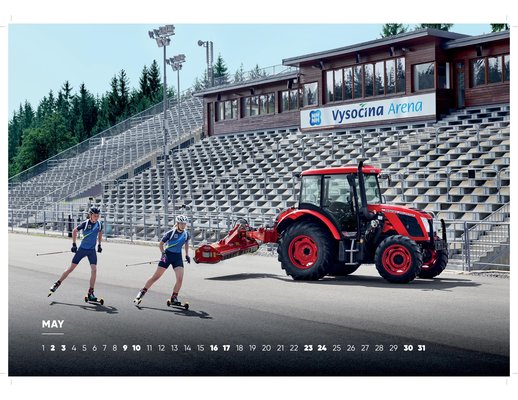 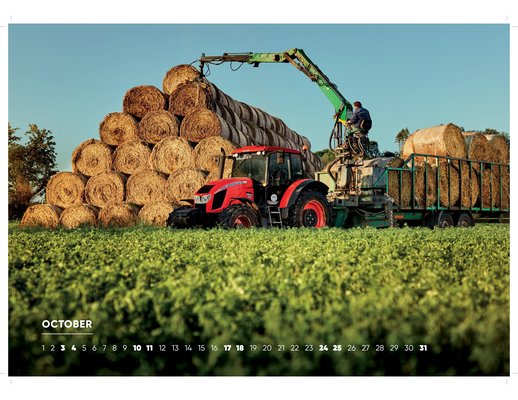